Is Spain's rejection of proposed draconian copyright laws delaying the inevitable, or is it time to celebrate the changing tide? That was a Bittorrent pun, if you weren't smart enough to pick up on that one. Like a boss.

In late December 2010, Spain's government rejected some fairly draconian copyright law changes that were supported by… no, wait for it… US media corporations. The proposed changes would have brought Spain's laws in line with the US which is obviously very cosy with said media corporations.

Spain already has some of the most reasonable, common sense copyright laws in the world, as TechDirt describes it:

It says that personal, non-commercial copying is not against the law and also says that third parties should not be liable for copyright infringement done by their users.

Makes sense, right? I talked about these issues in a post in late 2009 about Aussie ISPs being liable for what infringement happens on their networks.

So the questions on my mind are twofold, which means you'd end up with a very small piece of paper if you started with A4, because you would have folded it twice. You'd get A5 from that, right? Anyway, that's one of the questions, the other one is this:

Is this landmark decision just delaying the inevitable?

Alas, I think so. These guys and gals don't give up without a fight. There's simply far too much money at stake. Watch out for Spanish politicians receiving lavish gifts from anonymous doners, or alternatively some more negative forms of persuasion. Not to mention international pressure through free trade agreement stalling and stigmatisation until they adopt "ethical" copyright legislation that will "save" their industries. You're on the list Spain!

That's what this is all about, without draconian copyright laws, these giant companies stand to lose billions! Piracy is theft! 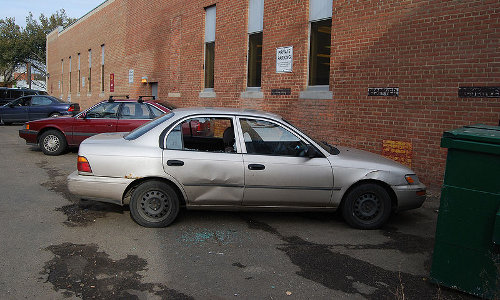 Hey, you wouldn’t steal a CAR!

See, everyone who even entertains the possibility of performing copyright infringement would have gone out and bought legitimate copies if they couldn't download it. Every single act of copyright infringement is an automatic lost sale! I saw a guy at uni who had several hundred movies on an external hard drive, he would have gone to a store and bought ALL of them on DVD if Bittorrent wasn't there tempting him!

The big problem with Spain isn't just that its such a super evil hotbed for all the copyright infringement in the history of the universe, but that their reasonable copyright laws could spread like some sort of idea virus if more people were informed about them. That'd be just awful! Think of the children!

We need to nip this problem in the bud, even if these politicians have to keep debating it until they pass something we want. Right? Hey, sounds like Ireland and the Lisbon Treaty. That worked!

Bummer with a side of bummer

Even with good news like this, its hard not to look long term and see this as anything other than a speed bump for the objectives of mostly American media companies, and certainly the vast majority of politicians are either too clueless, misinformed or corrupt to either care or realise the long term implications of their policies.

Anyway, I applaud the Spanish government for this victory against copyright insanity and excess, but for how long this victory lasts remains to be seen.

Here's a question, if the EU Parliament adopts crazy copyright laws, Spain and other member states would be bound to them, right? Perhaps that's where more journalists should be focusing their attention, if we had more Michael Geists and less Perez Hyatts or whatever his name is. Oh yeah, and if the general public cared enough to be interested in reading about it. Oh well.