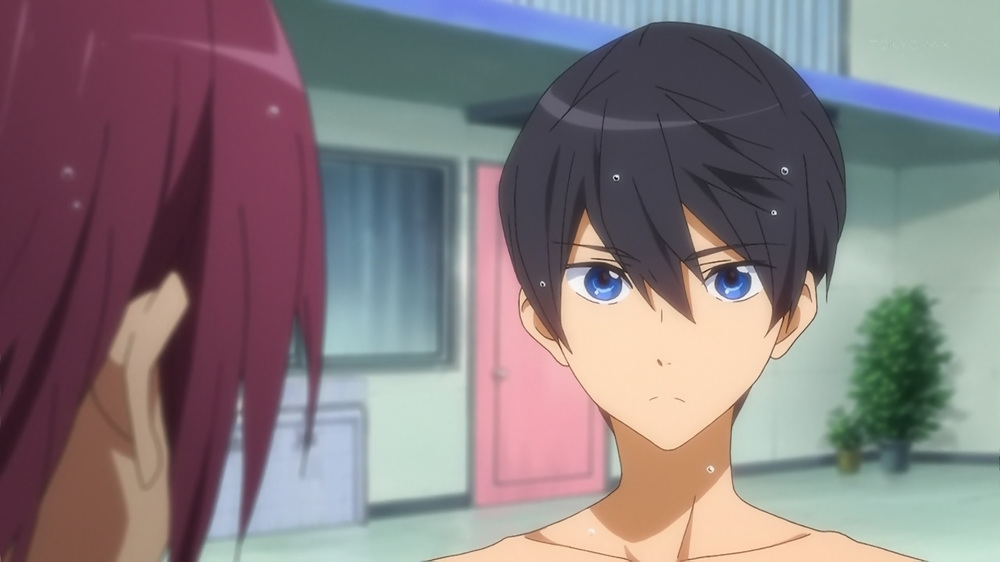 The Free anime series has broken ground in more ways than one. Once again, my girlfriend Clara beat me to the punch, so you should read her post.

It’s the first Kyoani series to feature a cast of highly attractive young men, quite the course change from the moeblobs we’ve long since got used to. Its title has to have some of the lowest Google Juice ever garnered by a series in recent memory; perhaps they were scared away by names like this. For a Kyoani series, its scenery shots are surprisingly detailed.

Well we have another achievement to add to the list: after just one episode its viewers and fanbase have created and uploaded the biggest trove of genderswapped art for a series I’ve ever seen. For example, erichpcsc’s picture of Haruka below, which you can compare with the first rather fabulous image above. 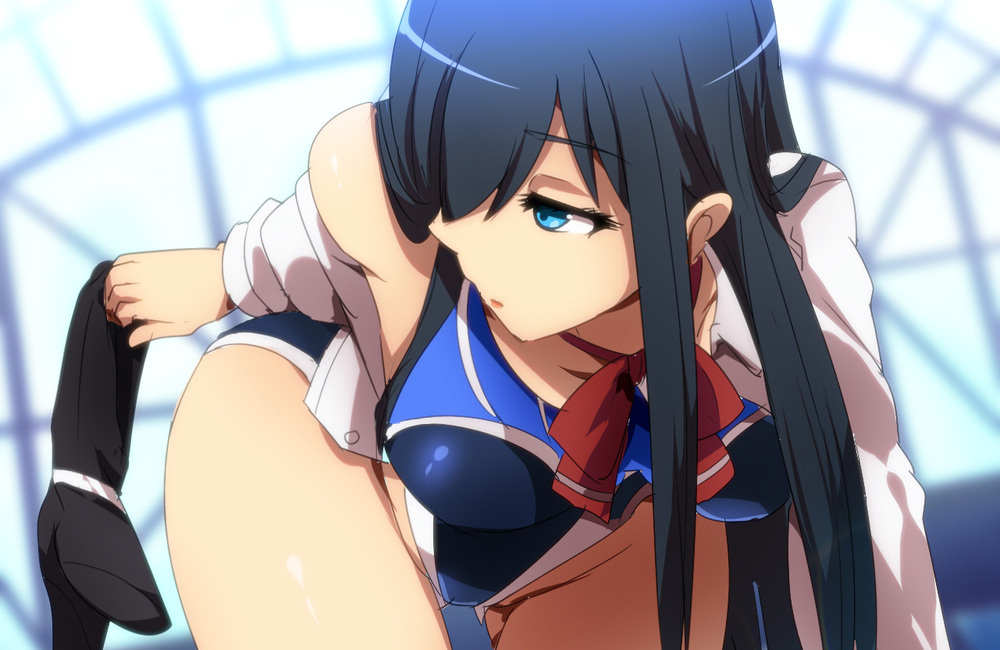 All online fandoms do this, but anime in particular seems to attract a large amount of fanart with characters reimagined as another gender. Perhaps the most famous example is Kyonko, a female version of Kyon, the male protagonist from the Haruhi Suzumiya franchise. Her disenchanted face is so priceless, I’ve been using her likeness on posts like this for years!

The speed with which the Pixiv community have uploaded genderswapped Free characters speaks to several different phenomena, me thinks. 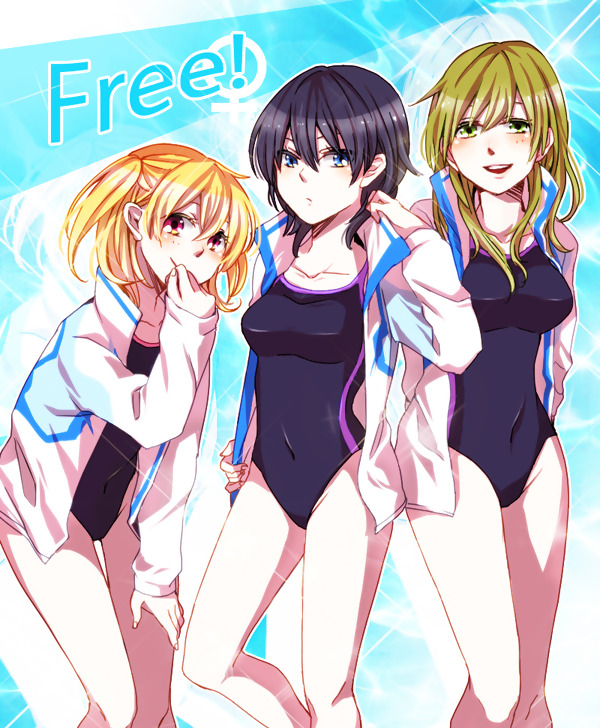 (Image above by mitsukam on Pixiv).

I suppose it first speaks to Kyoani’s art style. When we saw Tamako Market, we got a glimpse again at what their stylised image of a young man was. Despite their rugged, toned bodies, the boys of Free still have the limpid, expressive eyes usually reserved for female characters. Its not that all their characters look like women, its that they all seem to conform to a roughly similar art style.

In other words, reimagining Kyoani characters as another gender isn’t as great an artistic leap as perhaps we’d think. Contrast this with Western comics, for example. Looking at their facial features, you couldn’t easily confuse male and female characters.

Of course, I could be overanalysing this. Its just as likely male anime fans need their fix of attractive female characters, and draw the fanart to alleviate the lack of them in Free.