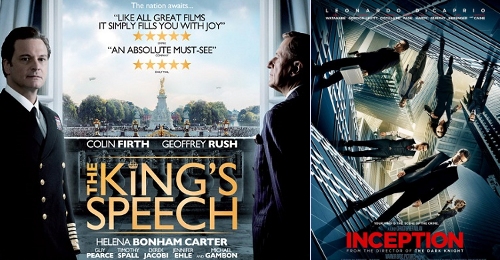 The Social Network cleaned up at the Golden Globe awards, and people are… surprised? Upset? Angry? REALLY?

Now first it must be said, I don't usually accord award ceremonies with much of my attention, in real life or electronically on this here weblogging platform thingy. I could ramble on about how everything from the Academy Awards to the ARIAs are either rigged, biased, limited and/or flawed, or I could say that people who watch movies or listen to music based on how many awards they win are missing out.

Fact of the matter is, I just find them universally dull. A yawnfest, if you will. XYZ believes ABC was the best movie of the year because they slept with the director, producer or lead actors, got a big sack of cash and several incriminating photos were not used against them. Big whoop.

In this case however, I'm willing to make an exception. There's a joke about programming there, but its too late at night and I'm not feeling terribly witty.

You know what really Grinds My Gears?

First, it doesn't bother me in the slightest that The King's Speech (with its breathtaking acting and story) and Inception (which was such a serious mindf*ck that I couldn't get enough of it) didn't win the big awards. I don't crave the validation or need a stamp of approval by anyone else to thoroughly enjoy watching them, and certainly my opinion of them hasn't changed.

While we're on this subject, I've never understood why people who had no say in the production of a film (or album) take decisions against them so personally. If you liked it, who cares what other people think? But that's for another post!

No, what ticks me off is people are only talking about The Social Network's win in light of Inception's loss, when I believe there's something far dodgier going on, and we're all being played.

There's no doubt that these awards are worth something, and that bribing the judges is a small price to pay for the free advertising and future advantages your film will have over all others for that year. It's a profitable thing to do.

In this case though, The Social Network had very little to do with generating funds for box office tickets and DVDs, though I'm sure such perks are also nice in and of themselves as well. The real ticket, if you will, is Facebook's IPO.

Isn't it curious that all these rumours leak out that Goldman Sachs were to invest billions in Facebook, then this relatively mediocre movie is released and is awarded with so much acclaim? Me thinks someone wants the hype machine in overdrive for when those delicious shares go live and a small army of well connected people in the right places can print themselves reams of money.

Will you and I be able to procure some of those initial shares in Facebook? There's your answer!

It's Salt and Anna Chapman all over again, only in reverse. They expel a Russian spy from the US, then it generates far more news and press than it should, then low and behold Salt is released! Speaking of shameless, would you like to buy me a coffee to support the site? ;).

It's one thing to show me advertising on commercial television, but I've always figured if I watch product placements in a movie that I've parted money with to watch, I should get a discount or at least some free snacks. I like taking those little fruit platter trays you get at the supermarket and a toothpick and just having at it. Schweet.