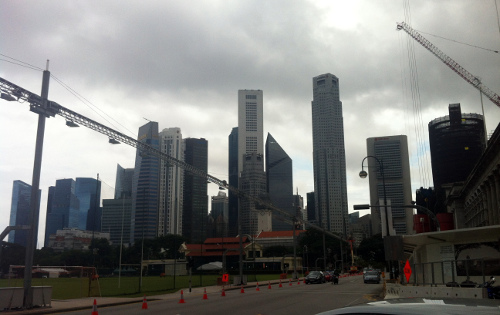 On the second day of my sister's and my Singapore trip, I corrected a grave packing mistake! Fortunately without too much fuss, and without getting rained on!

I have a Nikon D60. It's a camera. It takes pictures. It's not the fanciest SLR, but I have a few lenses I love, and it does the trick. Only catch is, like many digital cameras (except those fancy ones with perpetual motion machines in the grip) it requires an energy cell to operate. Or battery, in typically flawed English.

Not only did I realise I left this vital part of my camera back in Singapore, I left the charger behind too. Such n00b travelers mistakes caused me such anguish I was able to mutter an entire sentence of gibberish. Normally my sentences lack cohesion, but this lack any semblance of English whatsoever. Not even Singlish. Aiyo. 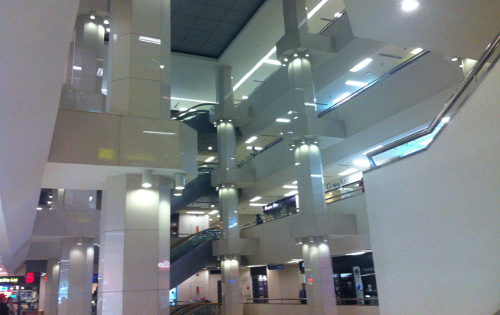 Fortunately, this numbskull was able to use this dumb oversight to check out camera shops! After seeing Elke off, I hit Peninsula Plaza and The Adelphi near City Hall. As a fan of retro architecture these places hold a certain charm compared to the brand new or just renovated super-buildings now along Orchard Road and Raffles Place. As I commented on Twitter, they kind of look like the sets of old Star Trek movies; I'm sure their architects thought they looked super futuristic at the time!

These shopping centres have tons of little family run camera shops with all sorts of amazing wares. My favourite is The Camera Workshop at #01-31 in the Peninsula Shopping Centre; my dad and I have been going there since I was in primary school. The owner even recognised me, and gave me an amazing price on a new charger. Across from there I was able to get a replacement OEM battery for much less than an official Nikon one, which means I didn't waste too much of my Chinese food or cargo pants budget! 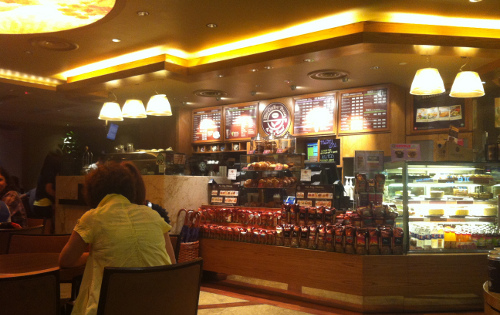 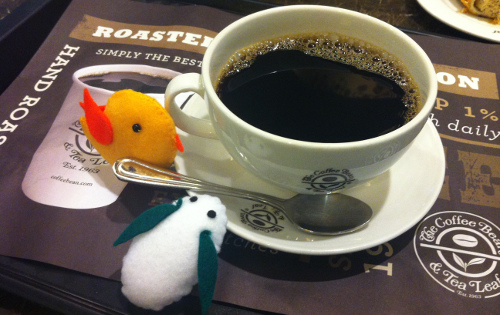 We headed back to the hotel (dubbed "home" for now!) in the evening to freshen up and charge all our phones, iPads and cameras, then headed to Suntec City to look at glasses for Elke. I love Suntec City, for the same way I love those other centres. People in the 1990s thought they were building something futuristic, now it has that sort of retro modern feel, which I really like. Ever since I was a kid, my dream was to start my own IT consulting firm out of Suntec, the buildings and the world's largest fountain in the middle are just too cool. That and I used to hang out in the shopping centre downstairs growing up :') 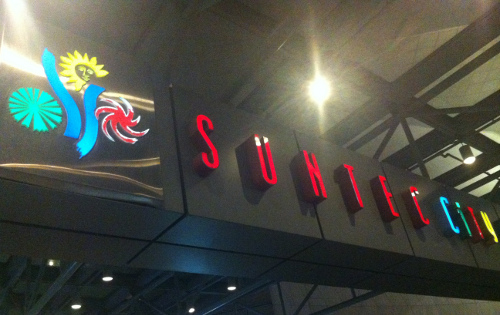 We also went to Carl's Jr, one of the few fast food places I can stand because the food is actually… really good! It's probably a good thing Sydney doesn't have them, I'd probably put on far too much weight eating their Sante Fe chicken burgers, or Elke with her Double Bacon Guacamole Cheeseburger. What a monstrosity XD; 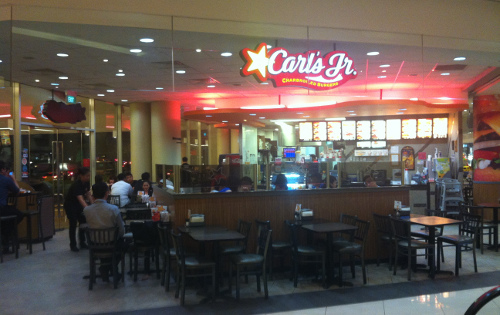 In lieu of my actual camera, I took a bunch of fairly crappy phone pictures. Most centred around travelling on the MRT, Singapore's metro system that's so refreshing after dealing with CityRail in Sydney. It's not fair to compare the two per se, given the former is a metro and the latter a suburban system, but the difference in service, cleanliness and affordability was striking! They'd also finished the Circle Line since last time we were here, and some of the new stations are just GORGEOUS! 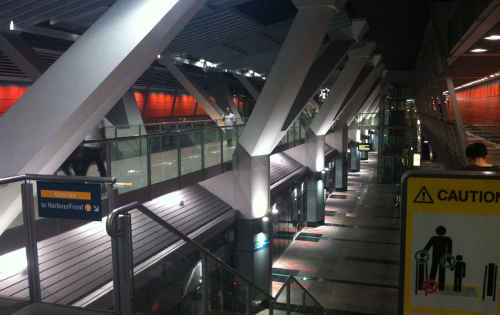 We also paid homage to the now-closed Borders in Wheelock Place that both Elke and I used to hang out at. Got my first O'Reilly programming book there :(. At least it's replacement was something awesome, the Marks and Sparks Food Hall had TONS of English sweets, crisps and biscuits! :D 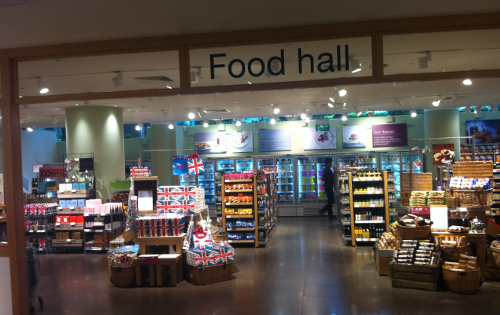 Finally, I was able to get a micro SIM for my iTelephone 4! My dad still needed my post-paid SingTel card (with the number I've had since I was in primary school!) for convoluted reasons, but having been to four separate StarHub stores that told me they were out of stock of the tourist Micro SIMS, I went to their branch at 1 Raffles Place and got one for $18, $7 of which was used as credit towards 1GiB of data. Suddenly I was wandering around again with 5 bars everywhere, including rail tunnels, lifts, shopping centre basements! Curiously enough, I got 4 bars while wandering around Raffles Place. 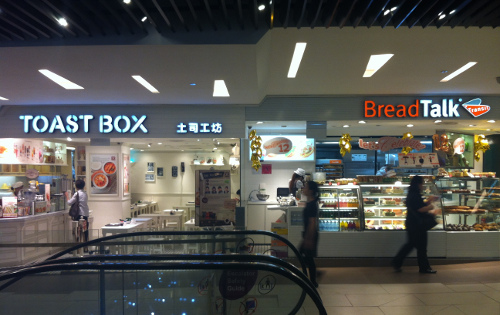