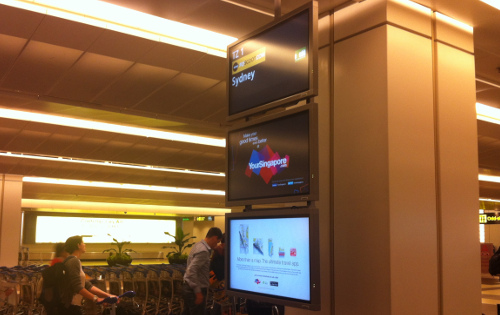 I'm back in Singapore for the first time since my sister, dad and I moved back to Sydney. Have a raging headache, so today's entry will probably be as cohesive as… something that isn't. Aiyo!

We arrived at the Sydney Airport late in the morning and checked into our Scoot flight without any trouble at all. Scoot is Singapore Airlines' new budget long haul carrier mostly serving Australia and Asia.

The tickets were so cheap and the initial checkin so simple, my sister and I kept waiting for the catch to come up! When we boarded and the staff were super friendly and the chairs comfortable enough, we still kept waiting for the catch! Given it was a budget airline we had to pay for food, but even that was easy enough and the chicken biryani I had was surprisingly tasty. 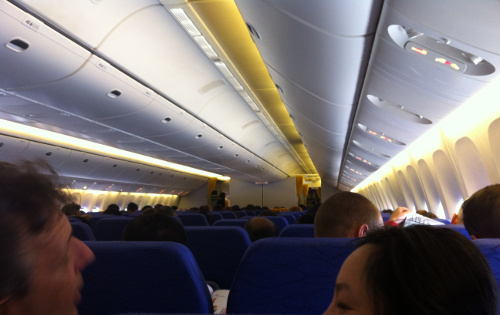 The catch came in the time it took them to get the food. I ordered around 13:30, and by 15:00 I'd been served! This despite the fact I'd ordered it already, and pushed the staff call button and asked two more times.

Lesson learned: Scoot is a surprisingly hassle free budget airline, but eat a huge meal before you get on board because you could be waiting a while! 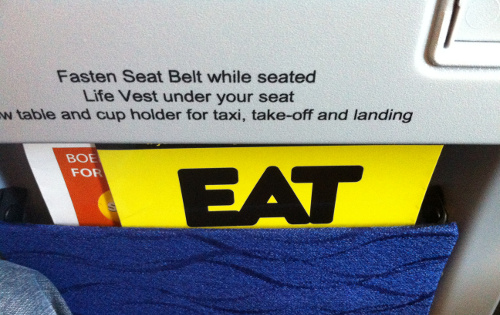 We have a scary person here!

I've often joked that Singapore immigration treat me better than Australia's, despite being a citizen of the latter.

This time around was quite the adventure; having gone through the horrid claustrophobia-inducing immigration hall in Sydney Airport, we were naturally called over for "random" secondary screening.

My sister maintains that because our dad has been to Iran dozens of times, we're on some sort of black list! Given what I've heard other former expats have gone through, I reckon the Australian government must just have a record of deserters who naturally can't be trusted! Whatever the case, either Elke or I ALWAYS (and I really do mean that!) get called for secondary screening. ALWAYS. 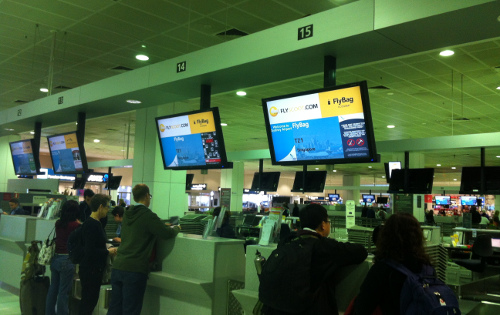 I won't go into the details of the secondary screening here, but suffice to say my sister triggered alarms. They cleaned the machine with alcohol then scanned again which turned up clean, but for a few brief moments we had people staring at us as though we'd tried to carry TNT with us.

As for the Singapore side? We were off the plane, didn't queue at all in the gigantic, breezy Changi Airport immigration hall covered in indoor plants and flowers, got our bags from baggage claim, and were in the public area of the terminal in less than 15 minutes ^^.

For reasons I won't get into here, my father has my Singapore SingTel SIM, with the number I've had since I was 12 :D I gave the one I bought myself to Elke for this evening, and will look into getting another tomorrow.

In the meantime, off to sleep so I can be up early to go to the Coffee Bean and Tea Leaf or ToastBox for breakfast! Ironically enough, most of the things I want to do involve either taking pictures of things, exploring nostalgic places, and eating good breakfasts XD;