This post was updated in September 2016 to replace images with local copies. Alas after a decade, three no longer exist. 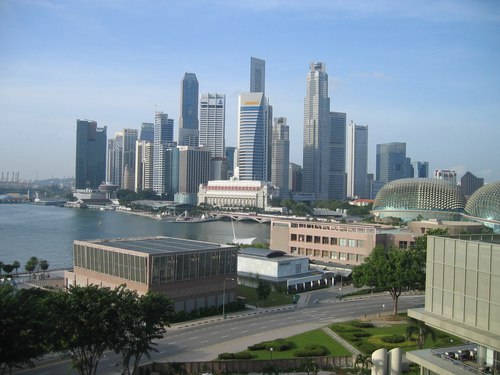 The Singapore skyline from the Oriental Hotel across the bay.
By furtive 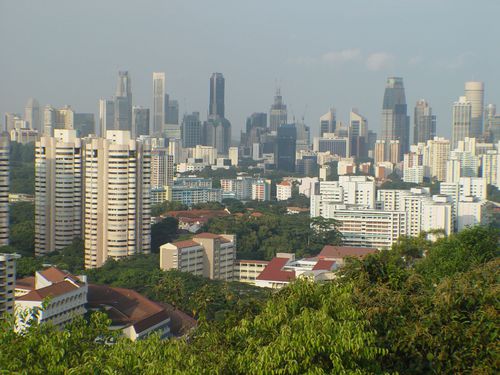 Singapore is such a small big place. Or a big small place.
By Peter Garnhum

Looking out from the Esplanade
By StarvingFox 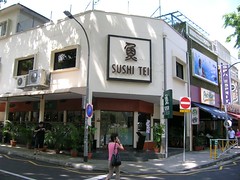 Singapore is full of Sushi bars… mmm… Sushi.
By victoriachan