Today’s Music Monday was a bit of a rediscovery. My dad let me borrow a small portion of his and my late mum’s vinyl LP and 45 collection last Christmas, and you know I had to take some of their Simon and Garfunkel. Some of them even had my mum’s maiden name signed on them with calligraphy and flowers. ♡

I feel like I can play these precious albums now that I have a proper turntable with the gentlest of tracking forces and a linear tone arm. I live firmly in the digital world, but there’s something so intimate and special knowing that these exact grooves were producing audio signals my parents listened to when they were my age and younger.

I thought Feelin’ Groovy was fun growing up, but wouldn’t have ranked it among my favourites. It’s been the perfect pick me up over the last couple of weeks, not least for the doop-in-doo-doo in the chorus which I’ve been repeating with gusto since. 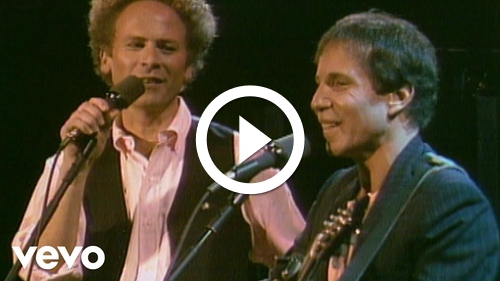 Clara and I didn’t make it to the 59th Street Bridge when we went to New York. Next time.