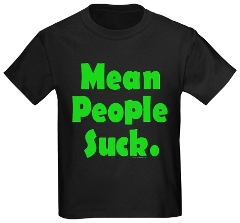 While sitting at my beloved Boatdeck Cafe doing some programming, who I thought was a nice old woman came over to me and complimented me on my work ethic. Then she asked me if I’d accepted Jesus Christ as my saviour, and suffice to say things went downhill.

So here’s what happened

After she sat down at my table I told her I wasn’t interested. Ignoring me, she started discussing how letting Jesus into my heart would set me free and make me a better person. I’m about as hardline atheist as they come, but unlike people like her I don’t attempt to impose my beliefs (or lack thereof) on strangers, so I reiterated I wasn’t interested and kept on typing.

Had I just kept ignoring her, she probably would have just got the message and left, but when she started talking about how the lord saves people and cures the sick something snapped inside of me. I told her my mum had cancer for 12 years, and that if God hadn’t created illness there’d be no need for cures in the first place. Bad idea.

I don’t really know what I expected her to say in reply, but what she did say made my jaw hit the table. This is paraphrased, but is pretty close to what transpired:

Her: "Well… did she accept Jesus as her saviour?"
Me: "Excuse me?"
Her: "She would have been healed…"
Me: "Of all the facetious…
Her: "No, but the lord would have healed her…"
Me: "No, you know who helped her? The doctors and nurses who pulled double shifts several days a week and stayed with her in the ICU and oncology wards for 12 years while…"
Her: "No, don’t put your faith in man, put it with God."

At this point I knew there was nothing more to say, so I looked back at my computer and told her to leave again. She tried to shove a pamphlet in my face and I pushed it away, so she kept trying. I could feel my face was burning. Our exact words after this paper scuffle:

I’m a very shy person, I don’t think I’ve ever shouted a swear to someone in public before. She seemed unfazed and talked to me about how God would fix my messed up mind (her exact description). Some more shouting and she said I was being rude, then finally left.

I’ve dealt with people like her many times before but for some reason after this encounter I started crying. It was embarrassing as hell and I got a ton of strange looks from people in the cafe, but I just couldn’t help it for some reason. I hope she got what she wanted.

I’m for free speech and freedom of (and from) religion, but this is food for thought: in Singapore the Jehovah’s Witnesses are a banned organisation.

Dedicated to that vile, facetious women who made out that Debra Schade’s slow and painful death was her own fault 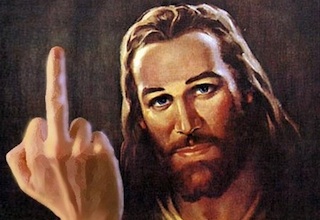