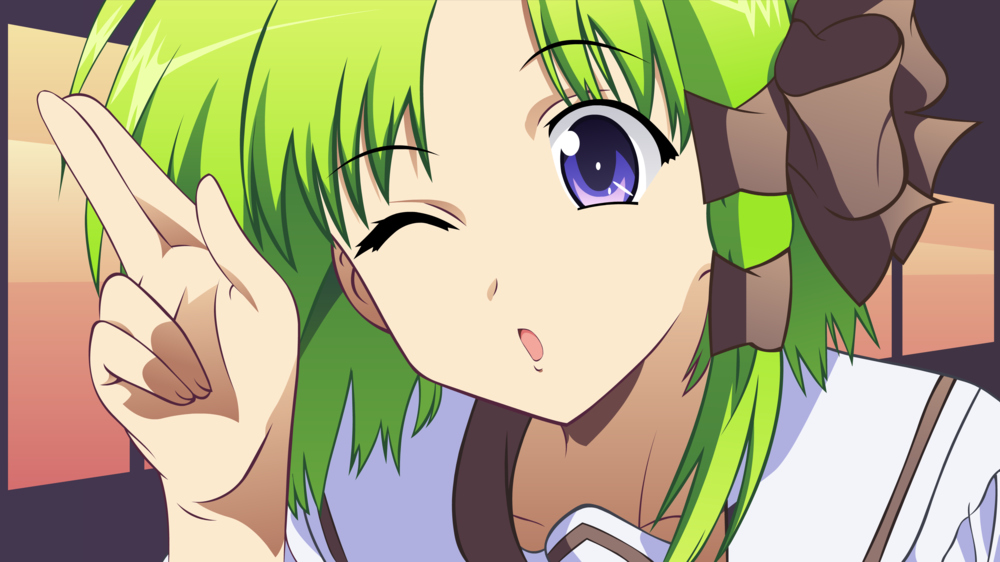 Ironcid submitted this vector on the 7th of December 2010, and I’m only just seeing it now!?

For those who don’t know, Shigure Asa was the best girl from Shuffle; a thoroughly forgettable, utterly cliché harem anime that young, alone Ruben obsessed over for a long time.

Asa, it turns out, was the senpai of the forgettable male protagonist. She was relatively frail and spent much time in hospital, but it didn’t stop her being spunky and awesome. She was the kind of person you wanted to care for, but you know deep down they could easily take care of themselves.