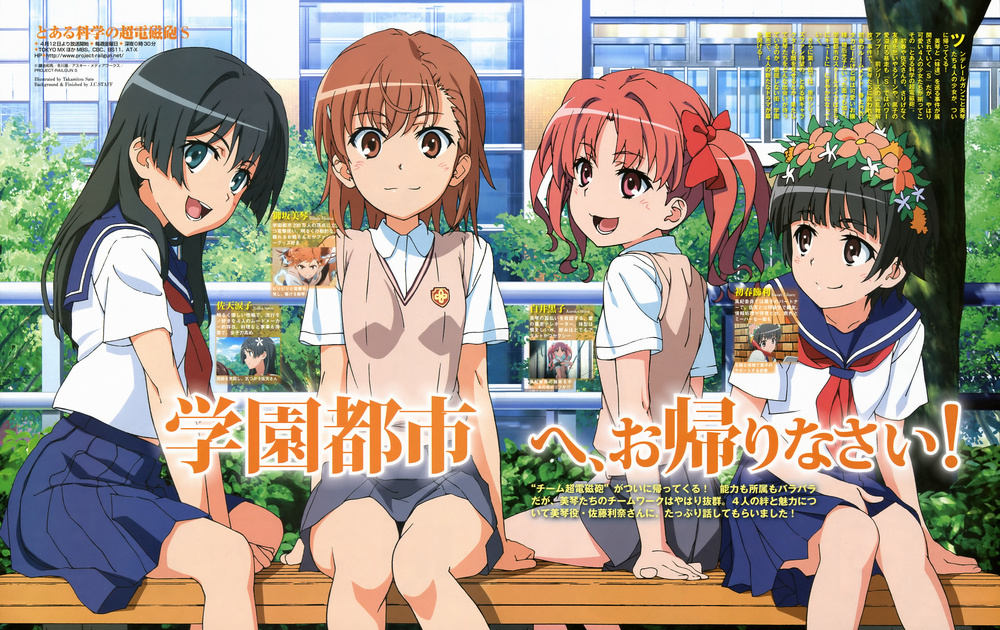 I am unreasonably excite, and not just for the cityscape pr0n either.

Honestly, sometimes I think I’m the only guy alive who preferred Raingun to Index. It’s not everyday where you can say a spinoff or sequel was better than the original. Misaka Mikoto is boss. Actually, I like the whole gang, though I can imagine having Shirai Kuroko as a roommate would get awfully difficult after a while.

After my midsem exam, I’ll be downloading and watching this. As well as catching up with all my Kyoani stuff, and maybe Vividred, and maybe some 90s stuff including the Evangelion manga on my iPad. Maybe.