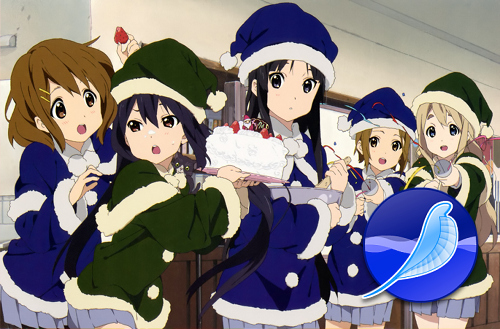 Christmas has come early! Less than a week after reviewing my transition from Thunderbird and Firefox back to SeaMonkey, we've had a 2.6 and 2.6.1 update! :)

According to the release notes:

And under the "Mozilla platform changes" heading:

As MCBastos, Paul Bergsagel and I noted in the newsgroups, the a significant change has been an overall improvement in performance, not just in JavaScript, and especially on my venerable 2006 MacBook Pro.

Thanks to the SeaMonkey team for the present! I know a few of the developers are German, perhaps they're keeping with the tradition of giving and unwrapping presents on Christmas Eve instead ^_^.

As for the fact I'm unabashedly using a gigantic K-On picture with the SeaMonkey icon superimposed… um… Merry Christmas!