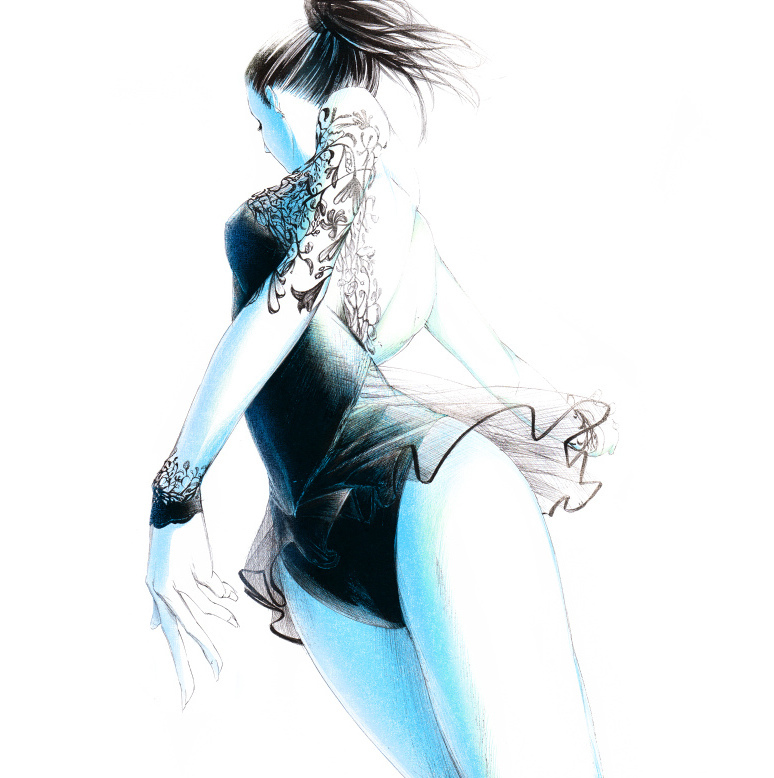 My American friends and I usually differ in how we write our dates. Once a month though, we're able to cast aside our chronometric differences and celebrate a date that's perfectly valid in both our systems. Today we have 02/02/2014.

Not keen to let my terrible 22 tutu pun die, I naturally hit the anime image boards in the hopes of finding some tutu art to share here this evening. Among the surprisingly sparse offerings, I was delighted to see another post from the artist sawasawa.

What sawasawa was able to do with monochramatic pencil blended with just a
few precious colours was really something special. A few of their posts were
a little ecchi (or risqué in the old language), but were never tasteless.

Sadly, their original site has long since been lost in the 404 ether, though I've since been told they have a pixiv account now. It's my hope more of their earlier work makes it there eventually.