I didn’t realise how much I rely on favicons as visual indicators, now that I’ve lived without them in Safari now.

I did another review earlier this year, in the context of being able to use Safari now that uBlock Origin was available. I still noted:

John Gruber of Apple blogging fame has also just done a followup on an earlier Safari usability post, and was taken aback by the feature people missed the most: 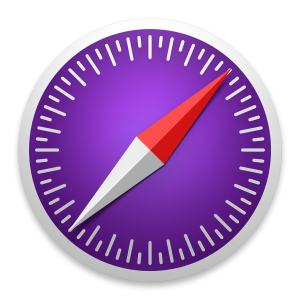 He boils it down to two concerns:

(1) there are some people who strongly prefer to see favicons in tabs even when they don’t have a ton of tabs open, simply because they prefer identifying tabs graphically rather than by the text of the page title

I use both, but agreed.

and (2) for people who do have a ton of tabs open, favicons are the only way to identify tabs.

This especially. If we’re not going to have stacked sidebar tabs which other browsers or browser extensions do, the very least we should have is another visual cue when they’re squished down like this. I’d also vote for this in landscape mode on my dinner tray-sized iPhone 7+; there’s certainly space for them!

Basically all I’m after is a 2017 Webkit Camino, which incidently used favicons.