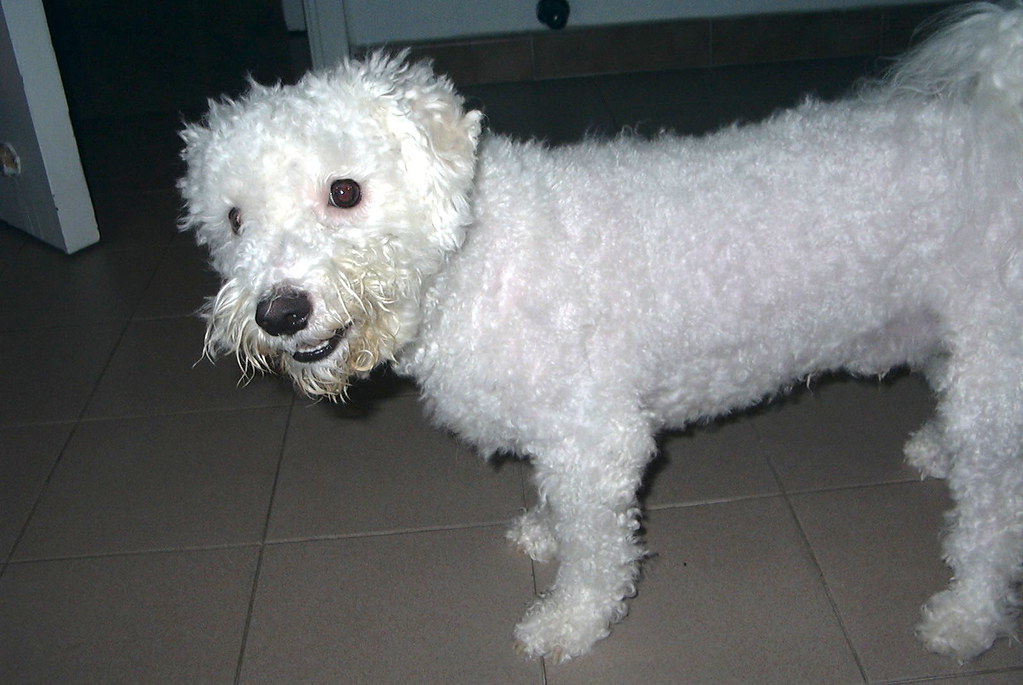 One evening in 2002 (shortly before the above photo was taken), Mummy burst into my room exclaiming that Romeo was choking, and that without thinking about it, I'd have to reach down his throat and dislodge some food. It was a harrowing experience for both of us, but as I finally pulled the bone out, a wave of relief and tail wagging swept across him. I like to think we were really close after that.

Elke and I were in primary school when Mummy started getting sick again. With us at school and our dad on business trips, she needed someone to console and be there for her during the day. After scouting around dozens of pet shops in Singapore, she took one look at Romeo, and it was love at first sight.

My parents had two newfies before Romeo and his companion Tigerlily, but Elke and I were too young to really remember them. Romeo has been with us since Elke and I can remember, through our moves to Singapore and Kuala Lumpur and Sydney. He may have been frustrating at times, but Mummy couldn't have picked a sweeter, gentler, warmer little dog than Romeo.

Shortly after Mummy died, I could tell he knew. Without getting too melodramatic, he was one of the rocks that helped Elke and I get through that whole ordeal.

Recently, the 14 year old Rome gave us a bit of a scare, so he spent the last few days at the vets being monitored. He came home with colour in his cheeks, and a laundry list of medicine we'll have to administer to him every day. We've drawn up a chart to make sure we don't miss a beat.

I think someone has earned a day on the couch while we watch some Law and Order together, just like old times :').