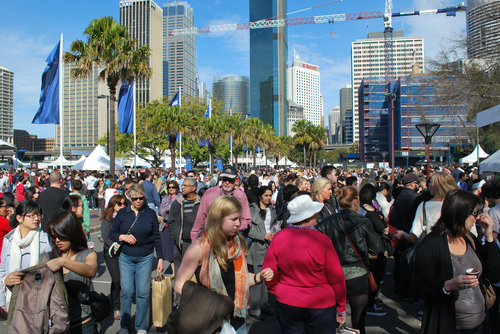 To mark our first full year back in Sydney, my sister and I did exactly the same thing we did when we first arrived: go to The Rocks Aroma Festival with the world's greatest cousin Nim and her epic boyfriend Ben, and drink far too much coffee!

The weather was warmer

Or perhaps it just seemed warmer given Elke and I are acclimatised now! That said though, the weather was beautiful, absolutely perfect. 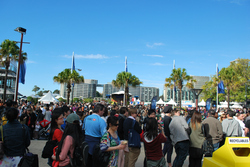 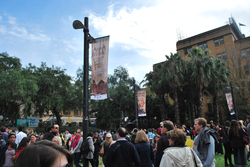 There was… less coffee

The Aroma Festival was technically supposed to be about Coffee, Chocolate, Tea, Spices, but last year there seemed to be more of the first, less of the last three. This year we must have wandered around for at least half an hour in the huge crowds before coming across the first coffee shop! 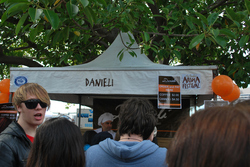 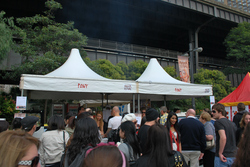 The coffee was better

As we all recalled, last year Nim, Ben and I had several cups of coffee which were less than stellar, and one from a stall which will remain nameless that tasted like burnt plastic! This year we had our favourites, but all were really good! 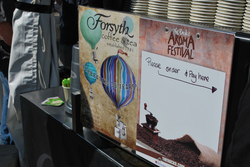 There were more people

Last year's event got pretty crowded around lunchtime, but despite making it to the event earlier this year, we often times felt ourselves squeezed on all sides, battling the flow of crowds that were often moving in the opposite direction! In a way such a turnout was fantastic as it ensures the future of the festival is secure… but we could have lived with fewer people in some of the lines ;). 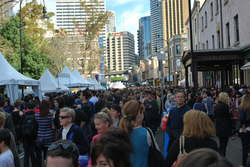 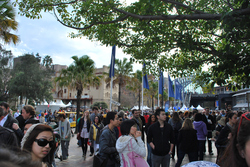 I have university terribly early tomorrow morning, so I wish I could speak more about it. Suffice to say, had a great time with some great company, and can't wait till next year!

I'll admit I felt upset being torn away from me de facto home, but Sydney has grown on me, and events like this make me happy :).

To finish, a terribly unflattering photo taken of me having my fourth cup, by Elke! 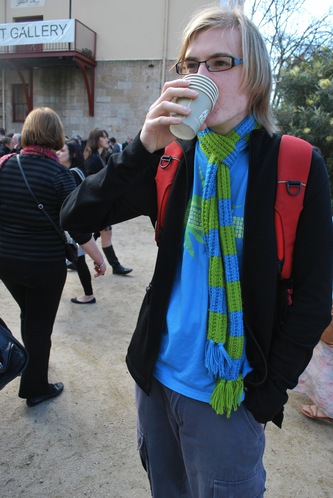