Good evening everyone. This post does not qualify as a Music Monday on account of it not being a Monday, and only tangentially being related to Music. Then again, neither was the last post that could best be described as tenously connected to Music. Why am I still capitalising Music? 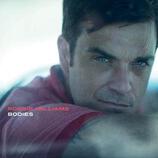 A decade ago during the Before Times™ I was on a family holiday in Europe. It felt like we’d been hearing Robbie Williams’ song Bodies on the local Bayern 5 radio station for weeks, so on a lark I picked up the single.

I was importing this ripped CD back into my offline music collection when I noticed something horrifying. The Body Double Remix is not double the length of the original at all. Wah lau eh.