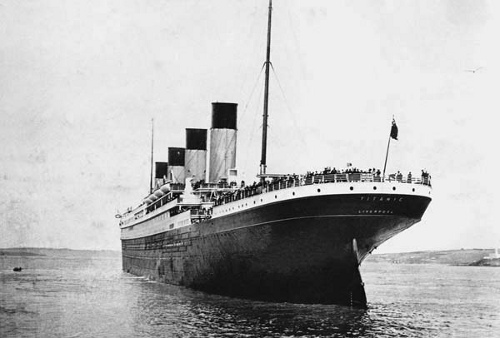 Some people didn't know Titanic was a real ship!?

It was on this day a hundred years ago when the maiden voyage of the RMS Titanic was brought to an abrupt end. Hitting an iceberg in the frigidly cold North Atlantic, she took on enough ocean water to overcome her watertight bulkhead system, and sank with the loss of thousands of lives.

The sea is a treacherous mistress, and there have been thousands of maritime accidents since. So what was it about the Titanic that made it an enduring household name, and the stuff of conspiracy theories, pop culture and continual historical study?

I could speak at length here about the unusual coincidences, such as the novel Titan which was published a decade prior to the voyage and told of a vast ship encountering a similar fate.

I could say it was the breathtaking unsinkable claims of the ship's operators, and the fact they were rendered so wrong.

I could be a buzzkill and point out the builders claimed the ship was "virtually" unsinkable, but the press soon forgot that extra word.

It could be the classical image of Edwardian era social classes and their inevitable clash when faced with the realisation that nature cares not for our artificial social constructs. An Aristocrat and a stoker drown in the same amount of water.

It could be the ulterior motives for her design; that the British Government loaned White Star and other companies vast amounts of money in order to have the ships designed in such a way that they could be converted into armed cruisers. Early 20th century Europe was a tence period of time!

Or finally, it must be said, for people of my generation it's the image of Leonardo DiCaprio holding Kate Winslet over the Titanic's bow, or steaming up a classical automobile, while beautiful Irish flute music played. The same movie which has just been re-released in 3D in cinemas. It's as if they timed it on purpose ;). 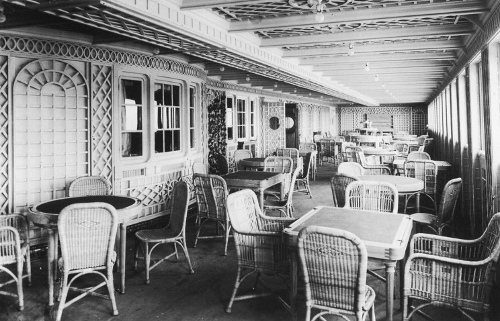 The Café Parisian, my favourite design on the ship

It was a massive book!

For me, I wasn't as interested in the events leading to Titanic's fate as much as I was deeply fascinated by the period of design and technology.

As a huge fan of art deco and classical, early 20th century design, realising there were whole fleets of these beautiful ocean liners plying the North Atlantic filled me with such intense fascination as a kid. I remember vividly the expression on my year 6 teacher's face when it was class "reading time" and I lumped a gigantic Getty Images coffee table photobook of these liners on the table! My favourite ship was actually the one below, but that's for another post! 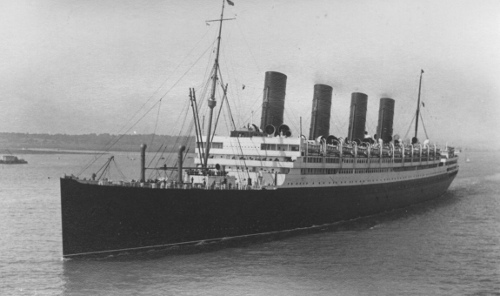 If you can guess which one it is without looking at the URL of the image, kudos! :D

Back to the Titanic please…

I'd already long since become obsessed with computers by that time, which only furthered my curiosity. I simply couldn't believe that these gigantic, complex, intricate machines with billions of parts could have been assembled (let alone conceived!) in a period of time without electronic computers of any kind. An elegant structure like a bridge or an office building was one thing, but these devices sustained and transported thousands of people for weeks at a time in the open sea in relative luxury (for some!). My brain simply couldn't comprehend the idea of engineers and designers pouring over blueprints for these massive structures powered by the same technology used in the lowly steam train. In bowler hats. The disconnect made it seem unreal.

And of course, when the engineers designed and built these colossal moving buildings, who fitted them out? Artists. Brilliant, brilliant artists. As well as marvelling at these feats of engineering, that Getty Images photobook also included photos of the rooms on board. The care and attention that went into [First class!] areas of these ships… they rivalled castles and estates on dry land.

In a way, the Titanic was a wakeup call to engineers and designers. Up until that point, machines built by humans were all about bigger, faster and better, and with all this progress one could be forgiven for thinking nature was slowly being conquered and tamed into submission by our clearly superior intellects. Native Australians were right, the land owns us, not the other way around. One need only look at climate change now to see how nature will treat us when not accorded with adequate respect. 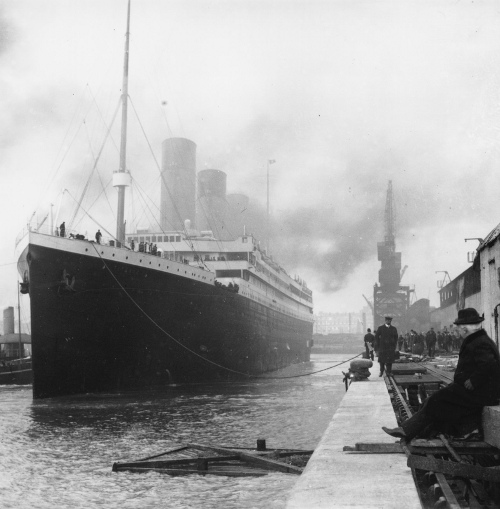 I just came off two weeks of pretty intense work, assignments and other university related fun, so I'm severely tempted to dust off my old Titanic Adventure Out Of Time CD-ROMs and play. Seriously!

Forgive the terrible grammar and English, I really wanted to get this written and posted before the 14th of April was out, and I was half asleep!