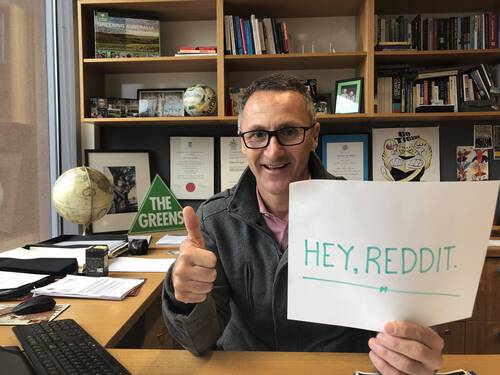 Greens leader Richard Di Natale did an Ask Me Anything on Reddit yesterday. Of relevence to this blog and my own industry, he reaffirmed his stance on the disasterous #aabill passed by both major parties last year:

We know that the Liberals [for overseas readers: Australia’s major conservative party] don’t care about the IT industry or people’s privacy and were pleased when Labor first opposed it. But an incredibly spineless backflip from Bill Shorten [leader of the centre-left Labor opposition party], has now compromised the digital security of each and every Australian. When you shoot holes in digital protection, everyone is vulnerable. History shows that hackers and foreign states can and will use the holes our government wants to create. We will do what we can in the next parliament to overturn this legislation.

There’s no debate, The Greens are the only technically-literate major party in Australia right now.