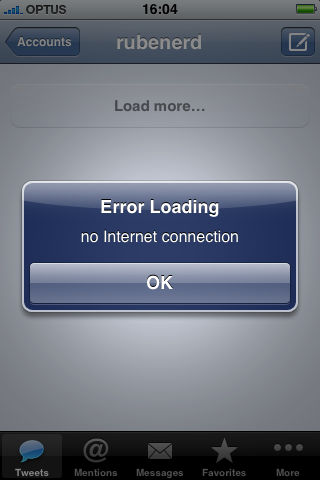 Had a ridiculously busy day today with a ton of things that went wrong. Two conference calls; five classes with hour long tests in two of them; I had to see my sister off at the airport by taking public transport which took an age in an of itself; I had to work on an assignment because I'm a schedule freak and don't like getting behind on university work I've planned; three lots of homework which I had to sprint to the computer pools at the campus to print because our printer stopped working; I had to deal with another internet banking glitch and subsequent explanation to the landlord; our internet was throttled; and while having one of my usual headrushes I blacked out for a second and hit my head on a light switch, something which doesn't sound like it would hurt much but it really did!

Then after breakfast… I kid. I tell you what though, while days like today aren't exactly the most fun, I think it helps at times to remind ourselves that's it better than the alternative. I'm comfortable saying this now because today is over of course, if someone had come up to me and relayed that sentiment to me earlier today I might have relayed a frozen grilled cheese sandwich at their head. That's my new weapon of choice by the way.

On behalf of the entire writing team here which consists of me, I apologise for the lack of posts today. I've been on a roll publishing posts these last few months, so I can understand it's difficult to miss out, especially if you use Google Reader for example and are used to seeing all my nonsense scattered through your unread posts every day.

Now if you'll excuse me, I'm off to put another ice pack on my bruised forehead and call it a day. Which would be disingenuous to say the least given it's 00:26 and therefore it's very early morning and still dark.