If you’ve listed to my ramble on some of my recent shows or commentary on the Overnightscape Central, you would have noticed I’m more than a bit obsessed with the LaserDisc video system again. I blame these two factors that occured just in the last month:

For those of you who haven’t seen these gorgeous, LP-sized CDs, the LaserDisc was the world’s first consumer laser optical disc format. Yes, they pre-date CDs! And unlike those small CDs, VCDs, and DVDs that held their data digitally, the pits and lands on a LaserDisc were converted back into analogue waves, just like the ill-fated RCA CED VideoDisc and VHD. This makes sense given what must have been severe limitations in hardware at the time to digitally decode video in real time. 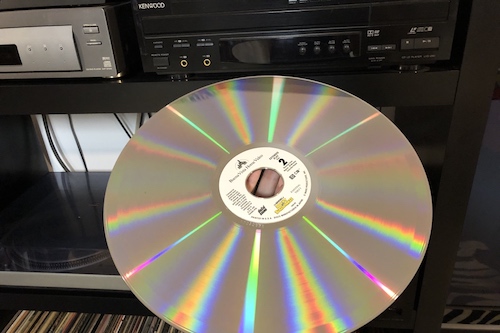 The LaserDisc video format first appeared in the US as the MCA DiscoVision system, but was sold to Pioneer in Japan when it couldn’t compete with the burgeoning home tape systems in the West. LaserDiscs were popular in Singapore because of their image quality, and the fact tapes were prone to rotting and going mouldy in the tropical climate. I remember as a kid popping out an old Paddington Bear VHS tape and looking at horror at the fuzz that had accumulated behind the viewing windows after not being played for a while.

We had a small LaserDisc collection when I was growing up, but we also rented them and ended up picking up more from those rental stores when the format was on its way out. In fact the only inaccurate comment in the Technology Connections LaserDisc series was attributing the format’s niche status to the lack of a rental market. This may have been true in the West, but it definitely wasn’t in Singapore and Malaysia. Maybe people in South-East Asia handled their scratch-attracting rental media better than Westerners that needed to have their signals hidden in tape cartridges.

LaserDiscs were also marvels of engineering, especially for the time. They knocked the pants off tape formats for video quality, had chapter support, could hold a single frame of video without distortion, didn’t need rewinding, could be fast-forwarded and seeked quickly and accurately, and provided you didn’t get one that had laser rot, could last indefinitely. It would take two decades before DVDs provided similar features to the mass market, albeit in a smaller package.

That larger size also came with another benefit: the cover art could contain way more detail, just like a vinyl LP. Check out these covers from the Evangelion anime; they’re gorgeous! 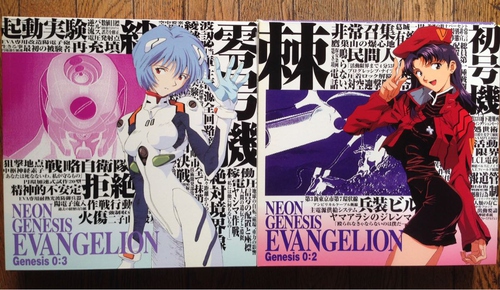 Of course now I’m going down the rabbit hole of figuring out how to integrate this player into Clara’s and my home video system. Even though later LaserDisc players included digitally-encoded AC-3/Dolby Digital or DTS, the raw signal coming off the player is still an analogue wave that needs to be demodulated back to binary. I had no idea! Some receivers and amplifiers from the 1990s include this to simplify LaserDisc playback, but it’s unlikely I’ll be able to find one now unless I’m lucky on eBay. So the alternative is a dedicated AC-3 demodulator.

What am I getting myself—back—into.