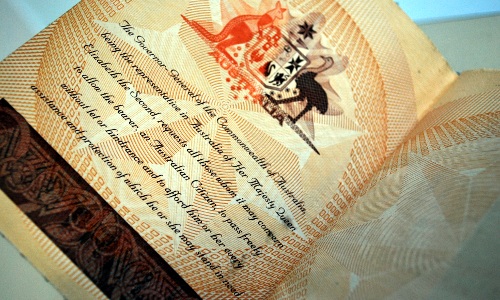 So here's the deal, at some point we can't determine my sister's passport was water damaged. We thought it would just be a simple matter of going to the Australian passport office here in Adelaide and renewing or replacing it.

Of course we should have known it wouldn't be that simple! Unfortunately she isn't entitled to a renewal or quick replacement because her current passport was issued to her when she was under 18. For all intents and purposes she has to literally apply for a brand new passport which means she needs to present a series of documents to confirm her ID.

Now here's where the problems set in. Elke hasn't been back here in Australia very long, she was still in Singapore right up till midway through 2008. As a consequence she doesn't have Australian bank accounts, an Australian universal healthcare Medicare card, utility bills in her name, nothing. She has her birth certificate, her currently valid but damaged passport, her university student card and a bank card with a Singaporean bank, but that's it. Even though all have her name, two are photo IDs and two have her signature, they're not enough. 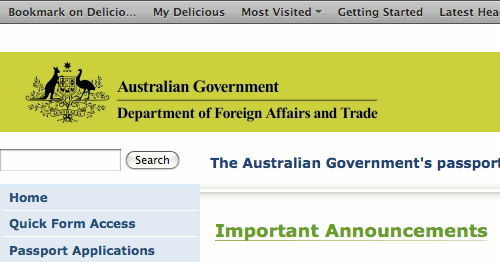 As a result we've been frantically dashing around applying for things using whatever ID we've been able to scrape together at the time, and slowly building it up from there. It's a chicken and egg disaster, whenever we apply for something we need something else as ID which needs the thing we're applying for as ID!

I'm grateful people take identity verification seriously, but I can't help but think these ridiculous requirements are like DRM and copy protection on digital content; it only inconveniences honest people. I have to think if you wanted to perform identity theft, you wouldn't be stopped by this stuff.

Now if you'd excuse me, we're off to get Elke a bank account so she can use the deposit book from it as ID to help get a Medicare card so she can apply for a passport, hopefully by today otherwise it won't be processed in time by the priority service before we leave for Singapore on Saturday. Fun times!