I was able to steal away some work time and go to the Red Hat Forum 2018 in Sydney. Even for a FreeBSD guy these conferences always have great talks. Conveniently, my two favourites were back to back in the same hall this year. 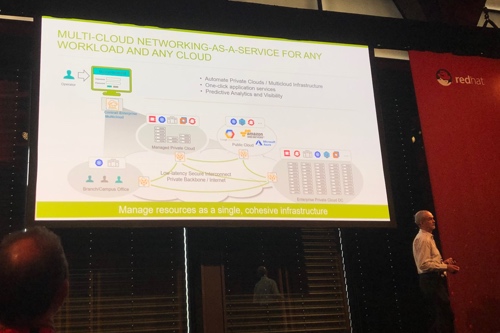 Juniper’s Brian Hutson talked on the advantages and necessity of multicloud infrastructure. Think of it as hybrid cloud, but with multiple IaaS vendors thrown into the mix, like OrionVM and AWS; or heaven forbid, those other ones.

Some of his key talking points on multicloud:

But that it introduces potential security pain points:

Naturally Junpier had an answer in the form of Contrail Enterprised Mulicloud and OpenContrail, which I can’t speak for and haven’t used. But the points he raised were interesting, and speak to concerns I deal with clients about. The key seems to be visibility, however you achieve that. 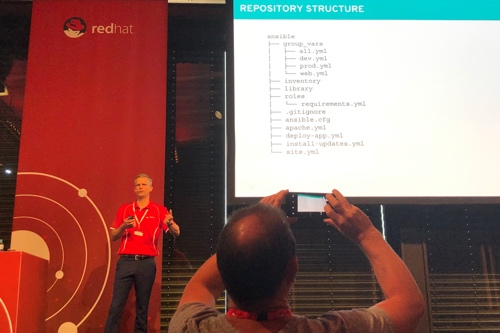 But my favourite talk was Richard Hailstorm’s presentation on Ansible at Scale. It was a very different venue from the cozy Tokyo University of Science when Benedict Reuschling did his Ansible workshops at AsiaBSDCon!

Before getting into the technical aspects, I appreciated Richard’s emphasis on the human element to scaling automation. With the tech there’s the culture, people, and processes that govern how effective a system operates. And the key is engage with security teams early.

I think we all learned Ansible hacking away on our laptops, and most of my playbooks operate as such. He commented this was fine, but for large projects with multiple contributers it can lead to Spaghetti Ansible which he admitted sounded tastier than it is.

Richard made the case for Ansible Tower by highlighting shortcomings with that approach, but it could equally apply for well structured playbooks and roles in version control. So I was keen to hear his best practices and recommendations for larger scale Ansible:

From his slide, this was his recommended repository structure that’s pretty straight forward if you’ve used Ansible before.

I also asked him and his team back at the booth some more questions:

Thanks everyone at the event for putting on a good show.