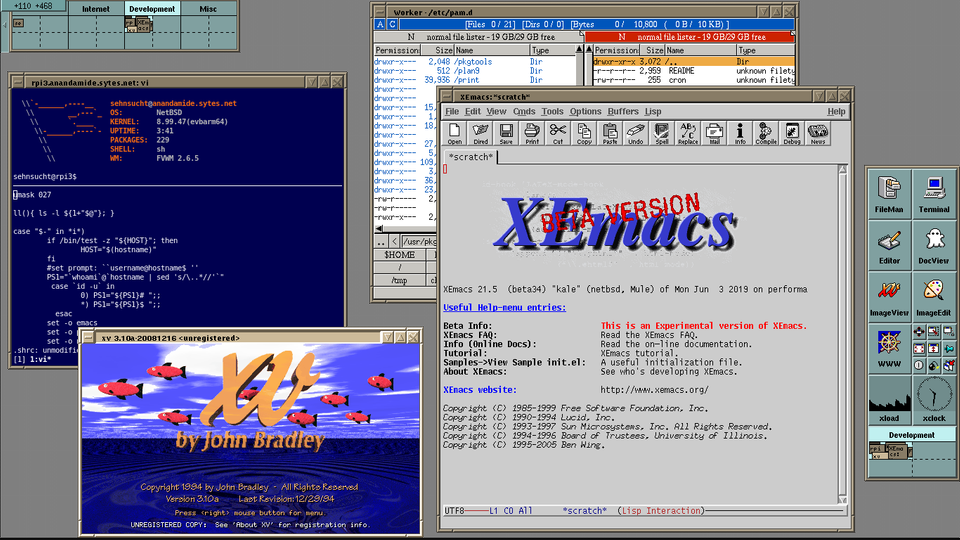 A few of the stories that have sped by my RSS reader over the last week or so:

Blogs To Express: Singapore’s last street barbers
They were once a common sight in the back alleys of Singapore, but are rapidly disappearing. This article originally appeared in a Straits Times article in 2012.
Alvin Alexander: Pursue the things that bring you joy
Quoting Edie Freedman, Creative Director at O’Reilly Media.
WorldLink: Q&A Hong Kong protests
Respectful and clear analysis from Deutsche Welle’s Southeast Asia correspondent Charlotte Chelsom-Pill. I’ve only spent a few days in Hong Kong, but I fell in love. I’m worried for the future of their city, but I hold out hope.
Channel NewsAsia: MPH’s two remaining bookstores in Singapore to close
Another piece of childhood slipping away. Getting older sucks, though its still preferable to the alternative.
Via Reddit: NetBSD on Raspberry Pi3
I adore the classic FVWM UI, kudos to sehnsuchtbsd. We really perfected simple, clean interfaces in the 1990s, from desktops to phones.
IT Pro: Majority of Chrome extension installs split across 13 apps
And of those, three are for blocking stuff.