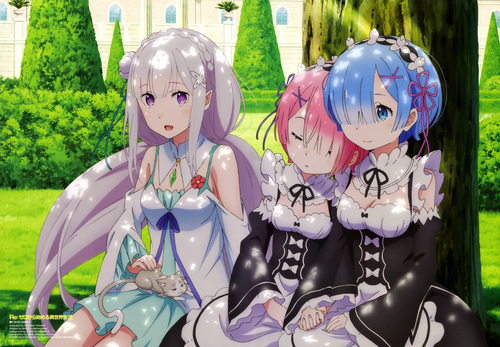 Clara and I are watching a lot of current series this time around. I have no idea what a Re:Zero is though, but it seems its Rem character has usurped Hestia as the preferred waifu of the masses. I will admit, she’s very cute.

Re:Zero sounds like a forensic drive wiping tool, and Rem is a comment field describing its operation. In the mean old DOS days, we would have done this: