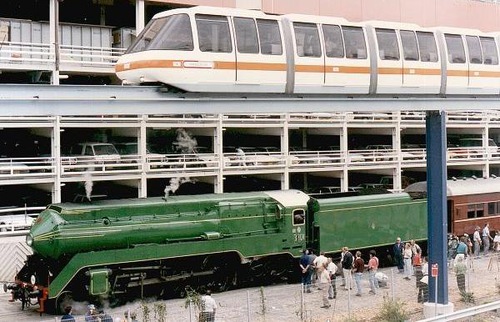 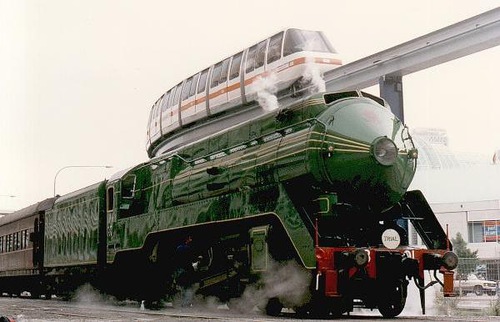 I got a real kick out of these photos by David Johnson taken in 1991. The streamlined, green beast is the 3801. Built in 1943, she's probably Australia's most famous and widely travelled steam locomotive. Above her, we have Sydney's Monorail, built fourty–four years later in 1987.

Had you asked people at the time which train would still be running in 2014, I wonder how many would have got it?

To be fair, 3801 is still undergoing her mechanical overhaul, but it's hoped she'll be hauling Heritage Express trains again at some point. Sydney's Monorail, as widely publicised last year, is now no more.