Since Clara bought both of us the original 2011 version, we’ve both been fans of the Racing Miku franchise. Certain anime figure collector dismiss the yearly release of figmas, scales and nenderoids with a hipster flurry of their hands and a “oh great, another one”. Hope they’re having fun with that.

That’s not to say all of them have been equally brilliant. We both thought 2012 and 2013 were cute, but didn’t quite match the epicness of their predecessor. Indeed, every release since has had its charm, but the more mature 2011 remains our all time favourite. 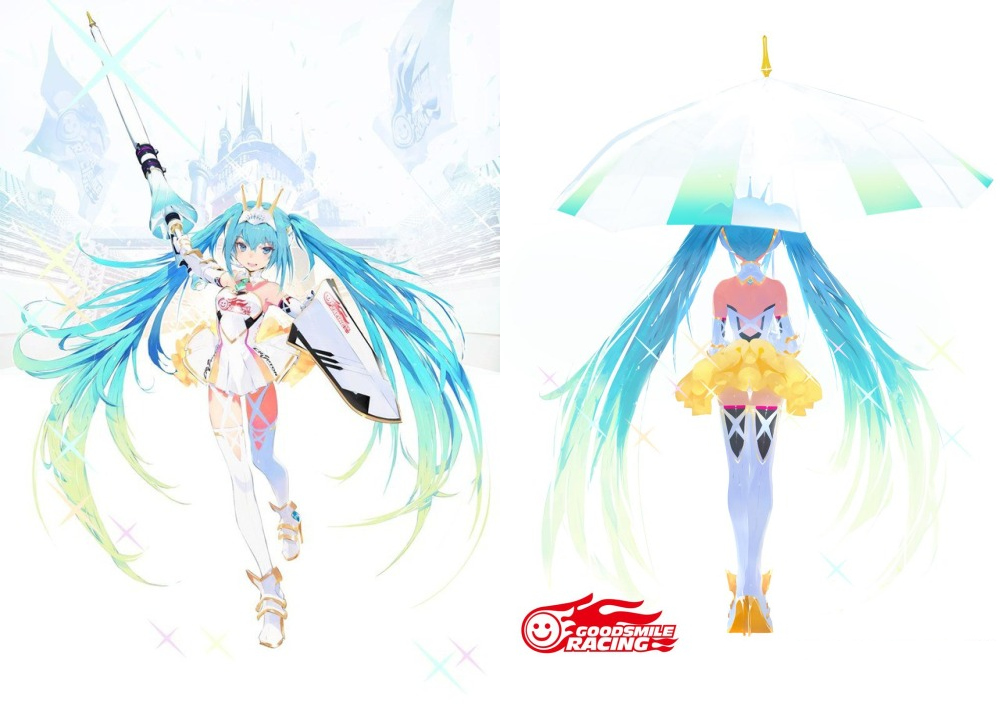 Which brings us to 2015. Previous years have seen Miku dressed in her signature leotard, but she’s also donned (is that the term?) skirts, shorts and overalls, which were the style at the time. Still, regardless of what she wore, she looked like she belonged on the race track.

This time around, she’s practically dressed as a knight. She wields her umbrella as a jousting stick, and now sports a shield made from the bonnet of a racing car. Clara and I love the touches of gold everywhere, and the new gradient to her hair. The practicality of such garb in a racing setting remains to be seen, but she looks amazing nonetheless.

We can’t wait to see what her scale figure looks like. Better start budgeting for it; darn you Good Smile Company and your de–facto yearly moé installment plan.