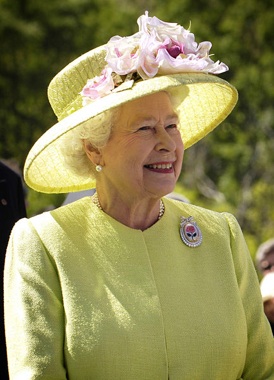 For those of you also living in a so called Commonwealth Realm, a jolly good, merry, happy and prosperous Queen's Birthday to you!

Here in Australia (except for WA) we have the day off on the second monday of June which happens to be today. According to infallable Wikipedia, Canadians have the day off on the 24th of May, people in the United Kingdom have it on the first, second or third Saturday in June, and New Zealanders on the first Monday of June. I suspect many of her other realms have holidays for this:

None of these dates though are the Queen's actual birthday. Don't you just love living in a commn sense monarchy? :) I know I know, the holiday wasn't meant for Queen Elizabeth II and is by convention not by her actual birth date, but still!