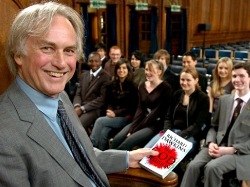 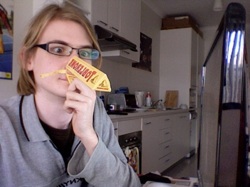 I love the term "memes", not least because the concept was invented by my philosophical and scientific hero and idol Sir Richard Dawkins! I've always wanted to start my own and Twitter has given me the vessel in which to test my ocean going meme vessel things. Well that was a lousy analogy.

My idea all started when I was playing around with an empty Toblerone box. My spell checker on this machine insists the word Toblerone is spelt Testosterone. We're clearly on two different wavelengths.

Introducing #ProductNose; taking inanimate objects and pretending they form a part of your nasal protuberance, whatever the heck that's supposed to be. Oh yeah, a nose.

In order from top, bottom left and bottom right we have Toblerone Nose, Farmers Union Iced Coffee Nose and IKEA Bin Nose. I think the latter is the most flattering. Well okay none of them are flattering, but that's the least unflattering, or the most flattering depending on how you want to phrase it. I think. 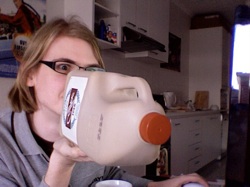 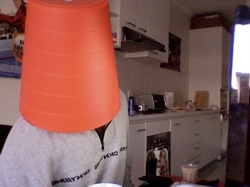