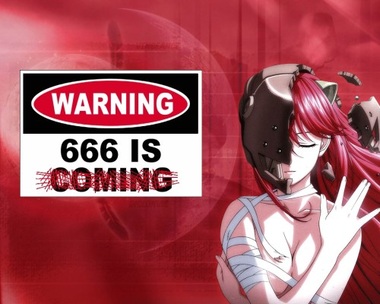 This latest Pointless Rubenerd Milestone blog post is so useless it should not be read by anyone. If you're just seeing this summary, leave it and move on. If you're subscribed in a blog reader and you can see the whole post, disregard it.

Now that's out of the way we can get down to bidness. Despite the sluggish performance issues that have been plaguing this site since the wee hours of the morning, I've finally been able to submit this post which, as I've said, is completely pointless but represents a milestone only reached three other times in the history of the site.

Still haven't got it yet? Even with the friggen enclosed picture? The post is 2666, which has the number 666 in it! Run away! Head for the hills and don't return! If you live in Singapore which has no hills other than these two tiny ones, jump into the ocean or cross over to Malaysia and head for the hills! AAAAAAAAA! Better still if you live in Adelaide, head to Hahndorf in the Hills and have some really awesome German food. :)

I know I've already said this on the WordPress 666 ID post, the 666th post and the 1666th post, but Elfen Lied scared the heck out of me.

And here's where it gets really scary. I hadn't blogged about Firefox extensions for several months, but I did this morning. When was one of the last times I did an in-depth review of a Firefox extension? The same day as post #1666. AAAAAAAAAAAAA!

As I was typing up this post, I was so engrossed I forgot I'd started toasting some bread and it set off the smoke alarm! I was typing up how Elfen Lied scared me and atheist-humanist 666 mock-scared me and THAT happened, at the same friggen time! I jumped so hard out my computer chair I slammed my knees on the underside of the table! OWIES!!!