I haven’t been able to stop looking of this view of Gangtok from Ganesh Tok point in northern India. Subhrajyoti07 wrote on Wikimedia Commons:

Situated 6,500 meters above sea level on a hilltop, Ganeshtok is a popular Ganesh temple in Sikkim and can be reached after a 7 kilometer ascent from the main town of Gangtok. Located near Tashi View point at a hill adjacent to the television tower of Sikkim 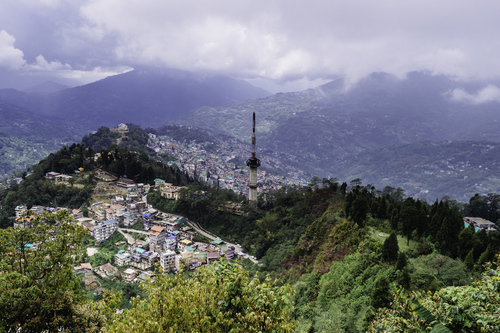 Gangtok is the capital of Sikkim, which became an Indian state in 1975. If the name or landscape looks familiar, it’s the part of India nestled between Nepal and Bhutan. You can check it out on OpenStreetMap.

I don’t run ads or tracking here. If you found this post helpful or entertaining, you can buy me a coffee. Thanks!