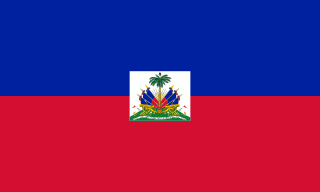 It's been so heartening to see all the reports of assistance and aid pouring in from around the world for communities devastated in the Haiti earthquake disaster, but at the same time I'm angered beyond belief that some "people" (and I use the term in a loose Darwinian sense, not a moral one) are already exploiting the tragedy to further their own agendas. I guess I shouldn't be surprised.

Firstly we have this story by Naomi Klein of disaster capitalism that Annette Shacklett shared in her Google Reader feed this morning:

Readers of The Shock Doctrine know that the Heritage Foundation has been one of the leading advocates of exploiting disasters to push through their unpopular pro-corporate policies. From this document, they’re at it again, not even waiting one day to use the devastating earthquake in Haiti to push for their so-called reforms. The following quote was hastily yanked by the Heritage Foundation and replaced with a more diplomatic quote, but their first instinct is revealing:

"In addition to providing immediate humanitarian assistance, the U.S. response to the tragic earthquake in Haiti earthquake offers opportunities to re-shape Haiti’s long-dysfunctional government and economy as well as to improve the public image of the United States in the region."

I've read The Shock Doctrine twice now and as soon as news of the disaster broke in Haiti my first gut wrenching thought was how it was going to be exploited. Some people take the high moral ground, some the low ground, and some dig trenches.

Speaking of morals, or the lack thereof, the tevangelist Pat Robinson couldn't wait to use the disaster as a platform to further spew his nonsense. From Yahoo7, the Aussie Yahoo! news portal:

American televangelist Pat Robertson has blamed the devastating earthquake in Haiti on a pact between the impoverished nation’s founders and the devil.

“They were under the heel of the French, you know Napoleon III [sic] and whatever. And they got together and swore a pact to the devil,” he said.

Forgive my language dear reader, but when I see exploitation I have to comment on it: I'm just dismayed there isn't a Hell for Pat Robinson to go to when he dies. He's a charlatan, fraud, bottom of the barrel scum and a coward.

In my haste to write this post and publish it I failed to notice his name is spelt Pat Robertson, not Pat Robinson. Please accept my apology if your name is Pat Robinson and I associated you with an arsehole.