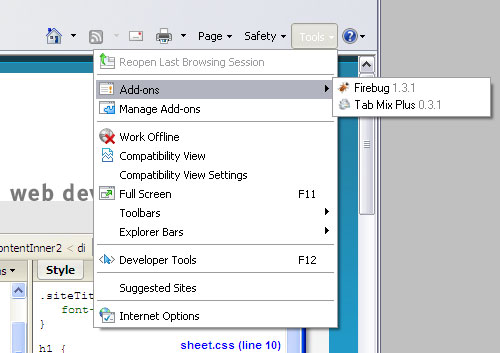 UPDATE: Yes, this was an April Fools joke!

Straight from the Slashdotted mouth:

KermodeBear writes in to note that according to Smashing Magazine, the newest version of Internet Explorer, codenamed "Eagle Eyes," supports Firefox plugins, the Gecko and Webkit rendering engines, and has scored a 71 / 100 on the Acid3 test. The article is pretty gee-whiz, and I don’t entirely believe the claims that IE’s JavaScript performance will trounce the others. (And note that the current Firefox, 3.0.8, scores 71 on Acid3, and Safari 3.1.2 hits 75.) No definitive date from Microsoft, but "sources" say that an IE 8.1 beta will be released in the summer.

I applaud Microsoft’s resolve to look to the needs of their customers instead of themselves for the first time in a long, long time. Heck, I may start taking them seriously again myself. This is a great day for the interwebs.

I’d encourage you to read the entire article from Smashing Magazine, Microsoft is adding many more features too; one of my favourites is the ability to skin an entire website if you don’t like the current theme of a site you’re browsing, and the ability to decompile code on the fly. I’d expect the latter to be quite CPU intensive though, better leave that for the MacBook Pro with VMware Fusion and not my Windows 2000 machine.