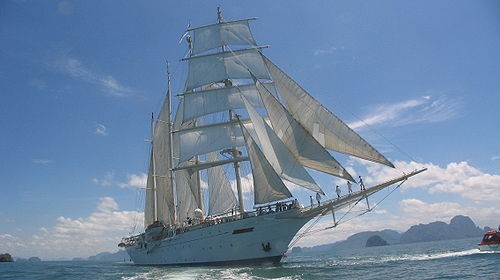 This is the logo for phpMyAdmin right? :). Photo by wileypics on Flickr

UPDATE: This was another blog post I thought I’d published, but for some reason it was only saved as a draft, whoops! The original timestamp was for 2009.03.24

Reading back some comments I’ve been receiving from people regarding my long string of WordPress WXR/RSS Export posts, it seems I didn’t explain what I’m trying to do very well.

The problem is, I have three separate blogs and a podcast which I’m trying to merge together into one blog (but with separate categories etc) to make it easier to maintain it all. To do this, I obviously need to export the posts from all these WordPress installations and import them into the new site.

Along with more traditional MySQL table exporting, WordPress has an Export Posts feature which creates a single "WordPress eXtended RSS" WXR file which you can import into another blog (I think even Movable Type supports these now). The advantage of using WXR files instead of exporting SQL files is that it’s easier for WordPress to merge multiple sources of posts because fields like the post ID are created as they’re being imported. As I understand it with WordPress tables, if you tried to import two sets of tables from two separate databases into one, there might be overlaps and clashes and it could get messy. Or if it is possible, it certainly wouldn’t be as easy or straightforward.

Anyway, it turns out that while the WordPress Export feature works fine on three of my WordPress installations, on this blog it seems to fail at a seemingly random point in October last year, and I haven’t been able to figure out what’s going on.

I’ve been thinking perhaps the key is to export a SQL file from PhpMyAdmin from this blog, import it into my new meta blog, then use WordPress to import the WXR files generated from the other sites. That way it doesn’t matter that WXR doesn’t seem to work here.

I haven’t bothered learning too much about the inner workings of WordPress or it’s database because I’ve been intending to move off it for quite some time, but studies and work keep getting in the way! WordPress is really easy to use, but it’s really kludgy in some areas and it’s security record is less than stellar. I use MediaWiki for many projects, but it would be overkill for a site like this.