Much to my excitement, one of my favourite free and open source software projects finally hit the big 4.6 release recently after over two years of development, and I’ve finally had a sliver of time this afternoon to take a look at it and type up a quick review.

I’m glowingly talking about the lightweight, zippy and very attractive Xfce Desktop Environment for Linux, FreeBSD and other Unix-like systems. Xfce is perfect for older systems with more modest specs, and for people like me who value clean design even on fast hardware.

Because my ultra-souped up FreeBSD desktop tower is back in Singapore, I installed the latest release fresh from the pacman system for Arch Linux on my little Armada M300, a 600MHz subnotebook with 320MiB of RAM. I’m typing this as we speak in Firefox inside the Xfce environment. Yes, it even runs beautifully on this machine!

I could go on and on listing the new features, bug fixes and changes, but the Xfce team have already done a great job documenting these. Instead, I thought I’d briefly talk about the thinks I’ve noticed and liked so far. 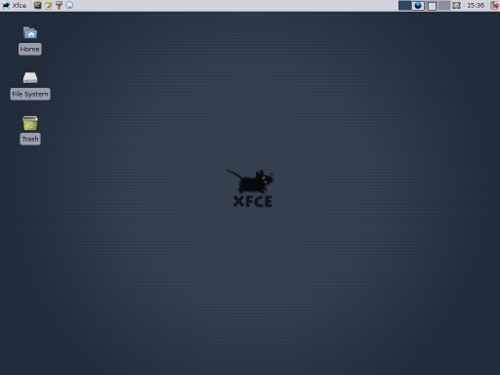 First of all, the design looks much more professional now out of the box than version 4.4.x. It has a slick default background and an integrated panel which I moved to the top of the screen given I’m a Mac user. I also use the ThinIce GTK+ theme that comes with the Gnome theme pack, and the Tango Desktop Project’s iconset.

Given I use other desktop systems one of the most nagging problems for me had always been Xfce shows you the Xfce Menu of launchable applications when you right click the Desktop. Now it presents you with a clean list of Desktop related functions as well as the Xfce Menu at the bottom if you still want it. Icons on the Desktop also behave more predictably as well: you can now select a series of icons by dragging your cursor. 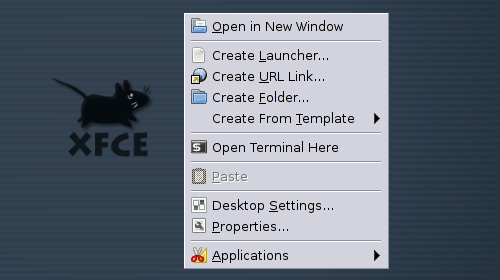 Visually a new feature is the redesigned window manager titlebars, unfortunately this is the one feature I’m not sure I like. The default appearance now looks a bit too Windows Vista-ish for my tastes; I always thought having the buttons off-centre at the top instead of in the middle looked really silly. Still, Xfce does make it easy to change them to a dizzying array of other styles in the Window Manager settings manager pane. I use the B5 BeOS style title bars which you can see below because I use keyboard shortcuts instead of the widgets on window titlebars anyway. It’s clean and minimalistic, and matches the ThinIce theme perfectly.

One of the great things about Xfce is it’s lightweight but still has a comprehensive Settings Manager system like Gnome and KDE. Many of these panes have been reorganised and redesigned, the most notable of these is the Desktop pane which lets you change backgrounds and colours much more easily than before. 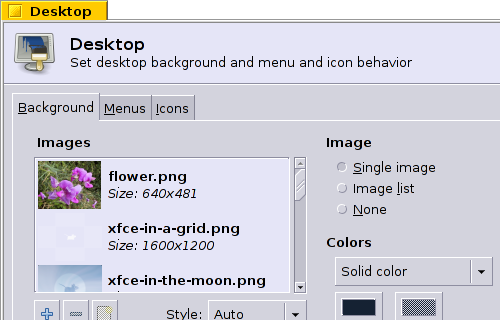 These are the things I can show you visually, under the covers there have also been some huge changes. The mixer application now uses the Gstreamer audio framework by default which makes it really easy to get going with audio applications (WWR streaming anyone?). The Thunar file manager now supports encrypted volumes! I could go on and on.

If you’re on FreeBSD this version of Xfce is in the ports system, as it is in the Arch Linux pacman repositories. If you’re a Gnome user in particular, give it a try, you might be pleasantly surprised!

A huge thanks to Olivier Fourdan and all the contributers for this amazing software. The love and care you put into this project shows.