Another quick but very warm thank you to everyone who’s been sending me emails and messages on Twitter and Google Reader regarding my latest and worst ever personal health problems. I’d emphasise though that given family history and what others have gone through, I’m relieved I can say that this has been the worst instead of something far more sinister. Did that make sense?

My symptoms are getting better; the lethargy and constant tiredness still exists but I can already feel the pain in my joins ebbing and I can feel myself becoming more alert; or as my dad says "more full of lerts". I had one really scary incident this afternoon when I coughed up enough blood out of the blue to scare the living daylights out of everyone, but fortunately a frantic phone call to my GP established that it was a "benign" result of the new medication trying to cure me of this nasty throat infection and that while that amount of blood was unusual wasn’t it unexpected.

Phew! One thinks I would have been warned of this potential side effect in advance though! Sheesh!

I still need to eat most foods in liquid form, am on several different antibiotics, cough medicines and other riff raff, and my temperature is still uncomfortably high after now two weeks of separate but overlapping problems, but today was easier than yesterday and fortunately I’ve largely been spared crushing headaches which has meant I’ve been able to still stay huddled at my computer and buried in books. I’ve been sitting up in bed and reading a lot. I mean, reading a lot. 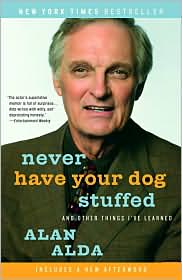 I am starting to get sick of feeling sick though, I haven’t been able to work on finishing any of the pet projects I started over these holidays (using Haskell in X11, RubyCGI, WxPython, making Linux more BSD-ish, implementing some Whole Wheat Radio and uni intranet wiki ideas). Guess I should be really thankful this happened over the holidays instead of during a semester of studying, that would have been just awful!

Now if you’d excuse me I’m off to grab a glass of warm water and some more P.G. Wodehouse. If there’s any other author who can make you feel as good and happy even when you feel like crap, I don’t want to know. Well okay I admit I’ve been reading Mark Twain, Ogden Nash, Jeremy Clarkson, John Grisham and even an Alan Alda tome too ^_^. No Bill Kurtis though, because I’m not Bill Kurtis.

Lots of book reviews coming out when I’m back to 100% it seems!