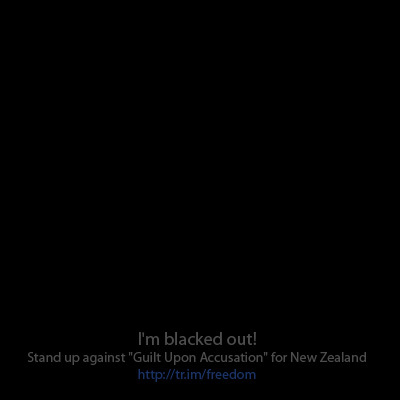 My avatar for my Twitter profile as of yesterday

With all the lunacy surrounding Senator Conroy’s hopelessly misguided crusade against the intertubes in Australia which even if we were to ignore the social implications it still technologically wouldn’t ever work… we’re now reminded that our friendly neighbours over to the east in New Zealand are also having to deal with nonsense. Simply replace "failed before it even starts filter" with "guilty when accused".

Join The New Zealand Internet Blackout to protest against the Guilt Upon Accusation law ‘Section 92A’ that calls for internet disconnection based on accusations of copyright infringement without a trial and without any evidence held up to court scrutiny. This is due to come into effect on February 28th unless immediate action is taken by the National Party. 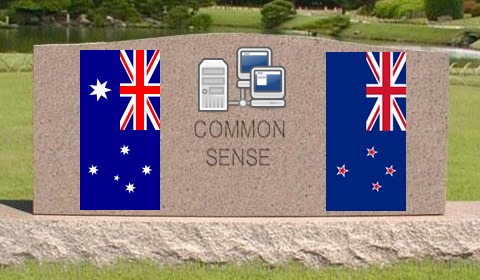 I think what really gets to me with all this nonsense is the thought that some law makers in Australia and now New Zealand have obviously heard these ideas and written up legislation and proposals which means… they thought they were good ideas.

Normally I like to think of myself as a [mostly] rational person, but it’s hard to be cool and level headed when nonsense like this comes up. I’m already not feeling very well, and this just makes me feel worse.