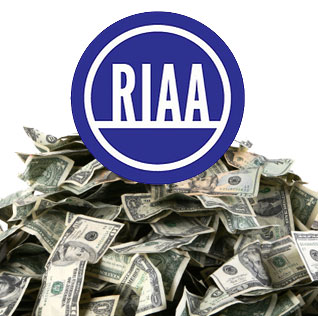 For anybody wondering why Microsoft and the top record labels continue to promote subscription music services, the answer was revealed Thursday.

“If what we’re trying to do is one-by-one downloads…that’s not a business that can grow,” Ring told conference attendees during panel discussion he participated in. “It won’t be healthy for the industry.”

The commercial music industry has long enjoyed exorbitant prices for their content for one simple reason: they could get away with it. Now a paradigm shift in the form of the internet has happened which allows people to purchase individual good tracks from an otherwise mediocre album where before they had to buy the whole thing. I'm not Bill Kurtis.

Yes the labels themselves will lose money (not "loose" money!), but to be blunt they're only losing what they shouldn't really have had in the first place. With the internet artists don't need labels anymore. It's time to bury them and move on.

What the report should have said was "beurocratic top heavy and now unnessisary labels can't susatin themselves with download sales alone" and that it "wouldn't be healty for labels.". It really aggrevates me when I read music label executives talking about how they're the music industry… you're only a part of it, and not a good part.

Two other paragraphs that stood out:

Ring made clear subscription services are not the only business model Universal Music, the largest of the four top record labels, is exploring. Universal execs will continue testing strategies until they find one, or a combination, that works.

I think they meant "that works for the labels, not artists or consumers"

Pardon my French, but what bullshit. These people really don't have a clue — once again they don't think they have to earn our money, they think they're entitled to it (a quote from Digital Flotsam I heard on a Whole Wheat Radio audio magazine from 2004).

There certainly are a lot of Microsoft and music industry shills commenting on the thread for that story, they're really quite painful to read. If I read one more comment on such a site by a person equating walking into a store and stealing a CD compared to someone removing the DRM from a track they bought a vein in my head is going to burst!

Whew, calm down. Off to listen to some Marian Call :)