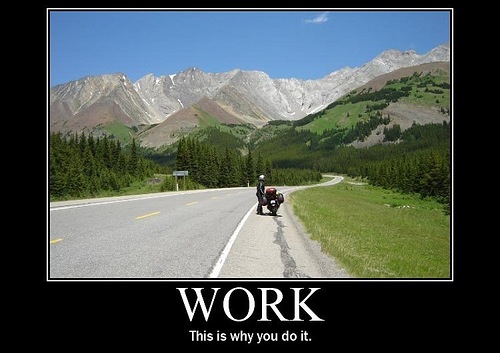 My dad would agree with this. By luisrivera on Flickr.

While I'm holidaying back at my dad's place in Singapore I've thought I've been having some pretty bad nights again, but it's nothing compared to what he's going through. He's designing a new manufacturing plant in Woodlands and suffice to say the disagreements between the designers, engineers and managers are all being funnelled through to him. You'd have to have a darn thick skin to cope with stuff like that.

After going to bed at a ridiculous hour having only arrived back from the plant a few hours ago, it's almost time for him to wake up again… at 5am. I've managed to drag myself out of my comfortable bed to see him off and to tell him to break a leg, but here I am barely able to keep my eyes open after sleeping for six hours. Luxury!

Here's hoping he can finish earlier today and we can grab a bite to eat afterwards. I'm not Bill Kurtis.