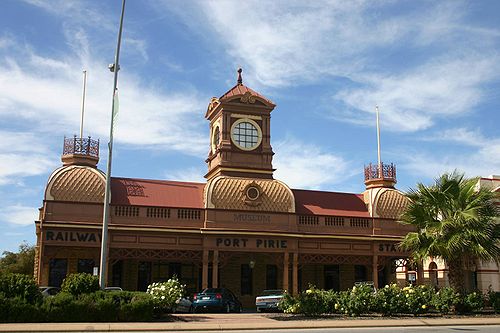 Less than a week after claiming victory, the South Australian state Liberal party has conceded defeat in the by-election for the electoral seat of Frome (Wikipedia link). Instead the seat has gone to independent Geoff Brock, the former Port Pirie mayor with 51.7% of the vote. You can read more if you're interested at the Adelade Now website. Having mixed feeling about it.

ASIDE: For those who don’t know, Adelaide is in South Australia, and the "Liberal" party are the conservatives/Tories that run against the left leaning Labor party, whom I consider the infinitely lesser of two evils… but still not quite with it!

I voted for the Greens in the state and federal elections (Australia's third largest political party), but I also think a healthy mix of independents who won't just automatically vote on party lines are critical to a well functioning government. If I read the above article correctly he's Labor leaning though, which means we might be able to expect where his votes will be going.

In other news, Mark Parnell is still the smartest guy in South Australian politics.