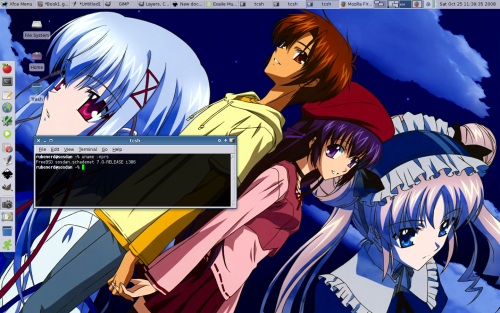 If you ever needed some sort of proof that comment systems on blogs are worth keeping, then check out John Whendy's comment on my FreeBSD 7.1 release post from last week.

In it he referenced a previous post I made from all the way back in October last year about my failed attempts to boot FreeBSD along with Windows and Mac OS X on my MacBook Pro, then took the opportunity to painstakingly detail how he managed to get it working on his own Apple hardware right down to the commands. Wow.

Comment systems that attract even 99.95% of comments as spam or rude insults on family related posts are worth the extra maintenance and thicker skin for comments like the one John left. I've become much more cynical since my mum moved on far too early, but this kind of thing restores my faith in humanity again, even if just for a short while :)