Tanglin Mall in Singapore, sans Christmas decorations by User:Sengkang Will be uploading my dad's and my Christmas photos soon!

I'm sitting in a coffee shop again, only this time not at my beloved Boatdeck Cafe in Mawson Lakes in Adelaide in South Australia in Australia in Asia Pacific in Earth in the Solar System in the Milky Way galaxy, but rather the Starbucks at Tanglin Mall. Sitting here on a Sunday morning you could be forgiven for thinking you're in Australia, or the US, or Canada, or the UK here there are so many ang mohs here!

Little tip, you can always tell the ang moh (literally means "red head" in Hokkien, used in the past as a somewhat derogatory term) tourists from the people who've lived here by what they're wearing and how much they're sweating!

Anyway back to better things, having been back in Singapore for just over a week now I've been dealing with this web hosting disaster. Wait, that's not a better thing at all, it's quite awful! As a result of my web host being blocked on my own internet connection at home it's been painfully hard to create and upload new posts which has been a real shame. I think the problem is I thought I may as well clean out the databases that have accumulated large amounts of junk since I started using them five years ago, as well as moving over some of my media files to Ourmedia and changing the URL to something more logical. Perhaps I'm biting off far more than I can chew.

ASIDE: Ever since I was a little kid I’ve had problems with my jaw bone and chewing, that’s why I eat so slowly… and find it even harder to chew that which I have bitten to much off of. When I was a kid I thought it was normal to feel pain whenever you closed your mouth! Ah those were the days, right?

I've really missed writing these rambling nonsensical posts, they were so enjoyable to do in the past. Here at the Starbucks using their free Wireless@SG internet connection I'm having no trouble accessing my site; very refreshing after dealing with proxy servers at home just so I can upload a file or browse my comments pages! SingTel seems to think that my web host is still reputable. Or perhaps they just don't know. 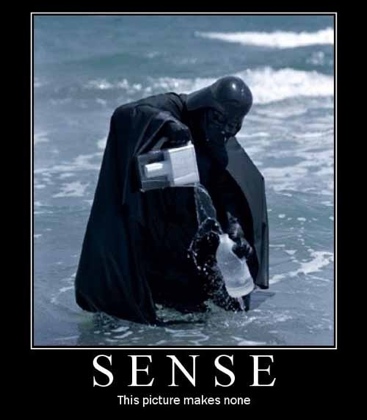 Back to business though, it continually stuns me how rapidly Singapore is developing and changing. Every time I leave here and come back after only a few months things have changed. For example, there's now a 50+ floor new apartment building nearing completion outside my bedroom window that wasn't there before. Really! The post office opposite Tanglin Mall which I can see through the floor to ceiling glass here as I type this is now a Friven and Co which also houses a fantastic gourmet Swiss deli which my German father wholeheartedly approves of! Half the computer shops in Sim Lim Square have changed and rearranged themselves.

My aforementioned father for his birthday on the 2nd bought himself a Nikon D90 DSLR of which I am insanely jealous of.

ASIDE: I’m sorry I have to rudely interrupt myself here. Does that above sentence make grammatical sense? I would be jealous of my dad for having a fantastic new camera not jealous of the camera itself… would I? Four years since high school english classes and I can already tell my standards are slipping. I blame it on C++, Perl, Ruby, Objective C and Chuck Peddle.

Where was I? Oh yeah, the camera. Yes he has a new Nikon D90 and a slew of new lenses including an ultra wide angle which can see so far in either direction the camera may as well have eyes in the back of it's head! Or lenses in the back of the camera as it were. As a result of having this new optical device we've been on several photographic expeditions around Singapore taking photos of the Christmas decorations at night and during the day, as well as some nature shots. I've been using my venerable FinePix S9600 bridge camera and the super macro capabilities of the attached lens to show up my dad's D90 up as he currently doesn't have a lens that matches it, but let's just say his night photography shots are somewhat better!

My FinePix S9600 can take stunning night photos even when set on a low ISO setting, but I tend to tremble a lot so I need to use a a tripod. The Nikon D90 can take stunning night photos even if you swing the camera and intentionally move it around! Just for fun he took several photos at night of the Christmas lights and sneezed as he pressed the shutter button. Photo came out perfectly. What a show off.

Did I mention I'm jealous?

My dad, sis and I have been to restaurants I want to review here and post photos of, we've seen Segways zipping around the street… eventually when all this web hosting nonsense has sorted itself out I'd love to post all this stuff. It's amazing, I've only been posting every other day now instead of several times a day, and the material is piling up faster than snow. Which given Singapore is in the tropics it isn't much of an accomplishment, but notice I didn't specify where the snow was. Ha, I'm too clever for you!

Until next time, have a good one :). Did I mention things keep changing here?