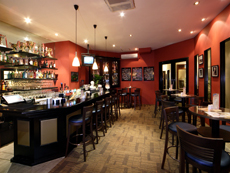 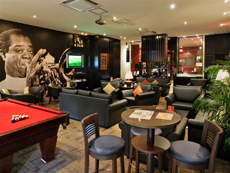 UPDATE: Unfortunatly for all of us who appreciated him and his music, Michael Stanton passed on. I send my sincerest thoughts to his family and friends during this difficult time. Having just gone through the death of my mum to cancer I can empathise with your positions even if I can’t imagine what you yourselves are going through. Remember the good times and his music.

For those following this in your blog readers, you’ll want to check out the comments section of this post.

Had I known this post would become such a focal point for Michael I would have put more effort into it. I appreciate you all taking the time to post comments, as I’m sure his family is too.

I really wish I were in Singapore and could have gone there. Harry’s on Boat Quay is a cozy jazz bar and lounge right on the water in Singapore. I had a beer there with my dad after my very quiet 21st birthday in 2007. I imagine the atmosphere there during this event would have been amazing, and for such a noble cause.

I wish Michael Stanton all the best. Cancer is a f-ing scary thing, but the support of friends and family can make a huge difference. You’ll be playing poetry with those keys again soon sir.

(Even if some jackarses deleted your Wikipedia page… what a crock.)

SINGAPORE: Singapore’s jazz community got together for a good cause on Sunday evening.

Mr Stanton, who is now hospitalised, needs between S$15,000 and S$20,000 for his hospital bill and his trip back to the United States.

The artistes at the Concert of Life included Alemay Fernandez, The Jackson Twinz and friends, as well as a host of Singapore artists and musicians.

Mr Stanton arrived on the Singapore jazz scene some ten years ago.

This surprisingly beautiful excerpt from an article at TODAYOnline (JavaScript required, temporarily disable NoScript if you use it) outlines the history of Mr Stanton's Jazz career in the US and in Singapore:

MUSICIANS have never shied away from giving support to a worthy cause from Live Aid to Live Earth. And this weekend, several of the top musicians in Singapore are rallying to help an ailing friend in need: Jazz keyboardist Michael Stanton.

The American keyboardist, based here since 1997, was diagnosed last Thursday with terminal pancreatic cancer, and some of his closest friends and collaborators are holding a benefit concert to raise funds for his medical treatment, and to send him safely home to his family in Compton, California.

However, even before reaching our shores, the Californian perfected his chops with the likes of Aretha Franklin, Marvin Gaye, ChakaKhan, Patti LaBelle and Stevie Wonder — you can hear him on Wonder’s groundbreaking album from 1977, Songs in the Key of Life.

Stanton arrived here at the behest of fellow musician and Compton native, Christy Smith, who played bass with Harry’s resident band Chromazone. After a stint at the now-defunct Somerset Jazz Bar at the former Westin Stamford Hotel, Stanton decided to make Singapore his home, performing at Harry’s at Boat Quay, Swing@Cuppage Terrace, Raffles Hotel, Jazz@Southbridge and most recently, QuaruBar@Dempsey Hill.

Yes you're right Wikipedia editors… he isn't notable at all is he?