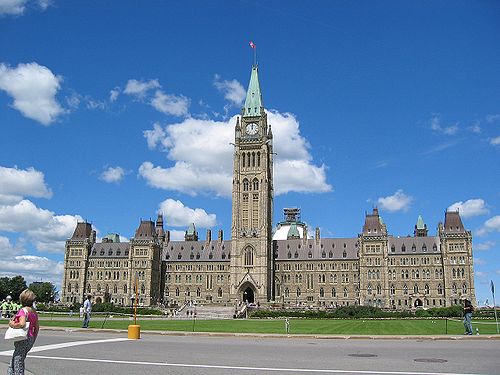 I know people who revel in Japanese culture are Japanophiles, and those who are obsessed with high quality audio equipment are audiophiles, so does that mean people really interested in Canada are Canadaphiles? Or Canadophiles? Or Maplesyruphiles? Mmm, maplesyruphiles. I was trying to figure out how to link this post to my previous post about Canada and how I wanted to visit there, but I just couldn't figure out how to do it.

Fun introductions aside, there is something much less fun going on right now in Canadian politics. That was a lousy segue.

Just as Australia did this time last year, and the United States did this time last month, Canada is going through the process of weighing up the performance of the incumbent against an opposition who the majority of citizens now support. Unlike Australia or the US though that were both able to relieve their previous governments and make a fresh start, the Canadians are locked in a power struggle.

DISCLAIMER: Alas I really do not know enough about Canadian politics, but Canada’s and Australia’s governments and election processes are broadly equivalent (both being based on the British parliament thingy), so I’m mostly confident I can still comment on it.

If I’ve made a mistake though, I am open to corrections!

As I understand it from reading about this over the last several weeks, the incumbent Steven Harper and his Conservative party are fighting to maintain a minority government having won the last elections. However, the Government's failure to respond adequately to the economic times and represent the views of the majority of Canadians have resulted in a call for a vote of no-confidence. 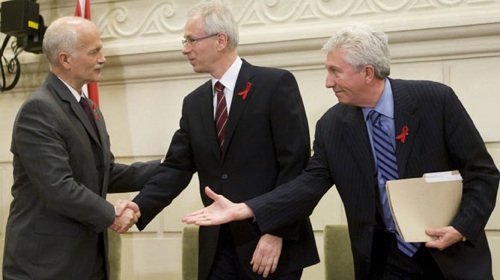 The group calling for this vote is a an unprecedented new coalition of the Liberal and NDP parties with the support of Bloc Québécois. If the no-confidence vote is successful, the current minoroty government would be forced into opposition and this new coalition which has the support of over 60% of Canadians (a majority!) would form Government.

ASIDE: How am I going so far Canadians? Which of the mistakes I’ve made so far is the worst? :)

But there's a problem. As with most Parliamentary systems of government, the Prime Minister can advise the Governer General to "prorogues" parliament which is essentially a stall tactic. And what a surprise, he did. This means a vote of no-confidence can't be introduced until next year, which means any attempt by the new Liberal/NDP coalition to form government and work on economic policy — which the majority of Canadian people are so desperately calling for — is already dead the water.

Given Steven Harper's party and government are in minority, this all does seem awfully un-democratic. It also could explain why there have been so many protests and such an outpouring of anger and dismay over the decision. The Australian media has even started running stories about it, and I've been told the paper in Singapore has reported it. This is big news.

If I've understood what's going on, I am willing to show my (hopelessly irrelevant!) support for this new coalition who are supported by all my Canadian friends and internet friends. Steven Harper and the Conservative party should not be allowed to do this in a democracy.

ASIDE: I vote for the Aussie Greens and generally support Green parties and ideals… any chance the Canadian Greens can get into this party? :-)

I'm not a Canadian, but I will be showing solidarity for the cause. Now I just need to create a "Aussies for the Liberal/NDP Coalition" or "Aussies for Canadian Democracy" badge just as I did with the "Aussies for Obama" during the American elections. With a global medium such as the internet this makes much more sense than renting out ad space in an Australian or Singaporean newspaper for example!

According to my server logs, a disproportionately large number of the people who visit this site and subscribe to my feeds are Canadians. To you guys, I hope this whole mess gets sorted out and you get the Government you're calling for. If you guys have any links to other information, news stories or opinions I'd love to read them. And feel free to correct me if I've made any mistakes here. 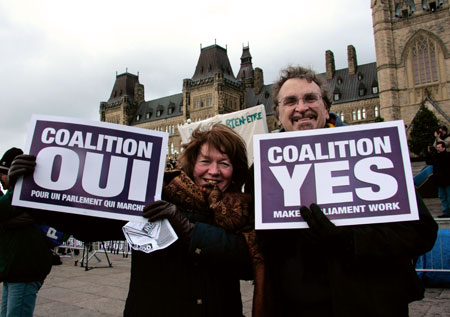 In both languages. From nupge.ca