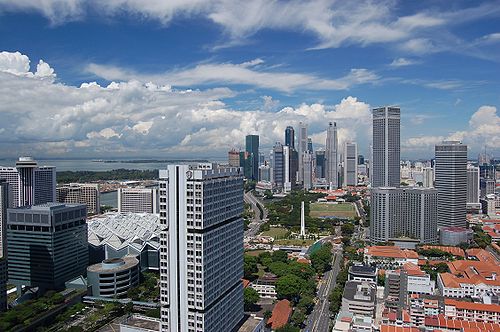 Singapore photo by User:Majush on Wikipedia

This is yet another example of why growing up in multiple countries and cities stuffs you up as an adult. Don't get me wrong, I wouldn't have traded living in different places for anything in the world because it really opened my eyes and allowed me to expand my views of the world outside Australia, but it wasn't all a free lunch. Like having prata and teh tarik at 3am. Where was I going with this?

Today's example is the XML language attribute which the relative XHTML standards demand. I could just define the xml:lang and lang tags in the html element as "en" for English. The problem is English is so generic these days as to be next to useless. I use the original English spelling instead of American spelling for most words given I'm an Aussie, but I also use more than a few Singaporean colloquialisms. Aiyo. For this reason using "en-au" probably wouldn't be completely accurate, but "en-sg" would be even less accurate. "en-gb" would reflect the spelling, but then there's the problem that Google might index my page as one originating from the UK.

Perhaps I should just set my language to Klingon and be done with it.