StateStats is a web site service that allows you to analyze the number Google search queries made in different states in the United States, relative to the state with the most searches. You can also correlate the results to a series of metrics such as latitude, life expectancy, age and income. While my Orwellian warning senses are tingling a bit, it is fun to mess around with, even if the correlations really don't mean much.

For example, if you searched for Singapore you were more likely to live in California (the relative index) followed by New York, Hawaii, New Jersey, the District of Columbia and Massachusetts: 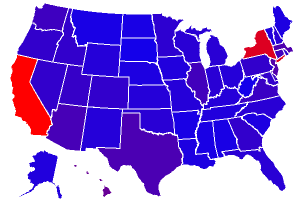 If you did a search for Australia, you were more likely to live in Hawaii (the relative index) followed by California, Washington, Colorado, New York and Alaska: 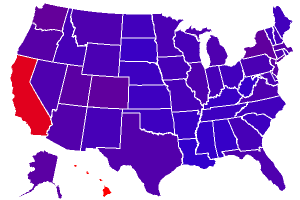 And if you did a search for Angelique Kidjo, you were more likely to live in Massachusetts (relative index) followed by New York, the District of Columbia, Maryland and Washington: 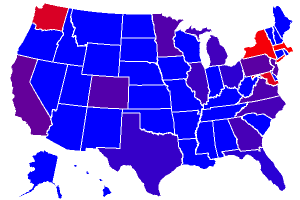 In an interesting twist, if you searched for any three of these terms you were more likely to have a higher than average income, have voted for Obama and be in a same sex relationship. Again I suspect these correlations are next to meaningless (how do they know this stuff?), but interesting to observe.

But of course what we all wanted to know is which states you were more likely to be living in if you did a search for grilled cheese sandwich. I'll let the map speak for itself! 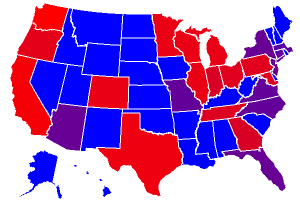