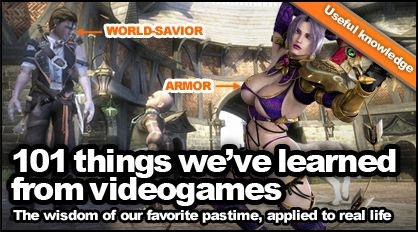 This evening I was clued into a post submitted earlier this week on Flickr by exxtrooper which lists 101 valuable things we've learned from video games! You really should read all of them yourself if you have the time, but these are my personal favourites :). 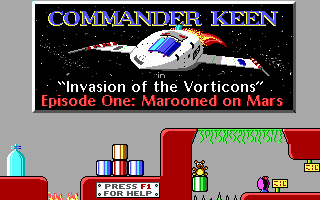 Screenshot from Commander Keen One

For what it's worth, my favourite games after all these years are still Lemmings (the version for DOS), SimCity (before version 4), Worms 2 (hence the Holy Hand Grenade reference!) and of course Commander Keen episodes one, two and three. Commander Keen is without a doubt the greatest game of all time. And don't you ever let anyone ever tell you otherwise!