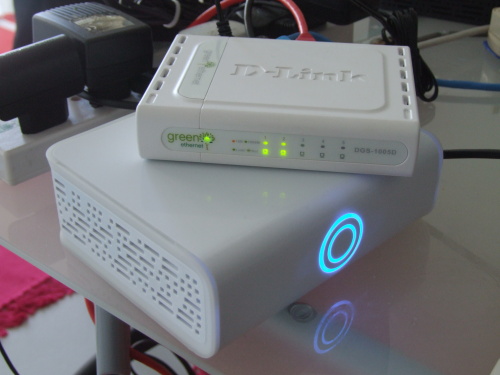 This afternoon my sister accidently knocked one of my 1TB external hard drives onto the hard concrete floor of our temporary house here in Adelaide (the drive I talked about in a post back in August). The drive is making some very scary noises and none of the indicator lights are working. I'm ready to call this a write off. Absolute catastrophic disaster.

I have backups of all the data except for some raw audio files for some of the latest Rubenerd Shows, which means I can't go back and recompress them at higher bitrates at a later date. For what it's worth, if she had knocked any of my drives onto the floor, I am somewhat relieved that it was this one.

One of my concerns is how I'm going to afford to urgently buy a new one so I can have backups of my other drives again. Say if Murphy's Law was to take effect and one of my other drives were to fail between now and when I get a replacement for this drive, I would lose months and months of work and study material. It would be catastrophic.

The other concern is that I do have backups of all this stuff, but the backups are in ultra compressed Rzip format to save space. The problem is, I don't have enough drive space amongst my other external hard drives or internally in this laptop to decompress them, at least I don't think I do. I have a long night ahead of me frantically rearranging files and deleting things in the hopes I can scrape up enough space to decompress these files.

I'm giving some serious consideration to buying a Blu Ray burner to backup static data, then using hard drives as regular backups. Blu Ray discs are far too clumsy and slow to use for day-to-day operations, but they might be invaluable for archival of material such as old Rubenerd Shows or camcorder videos. Having this data backed up on hard drives is a bit silly if I'm not changing them.

I'll also be rearranging my stuff on this table and stringing the cables off hooks underneath so that this kind of accident can't happen again.

So much for my really good mood I had less than a few hours ago. :'-(