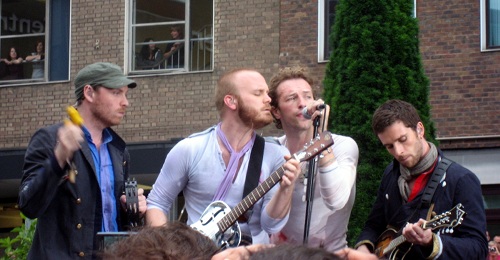 As much of a popular music snob I am (even when I was 13 couldn't stand 95% of the music I was hearing on the youth Top 40 radio stations!), I do admit to being a huge fan of Coldplay. They're unconventional, their lyrics are lucid and thought provoking, and the style is such a breath of fresh air.

For fans of the English Chris Martin and Co. in Adelaide though, we've been excluded from their scheduled tour of Australia. According to Adelaide Now, they'll only be performing in Perth, Sydney, Melbourne and Brisbane.

Despite my general apathy towards online petitions given they generally do little to zilch, I've signed the Adelaide Now and Sunday Mail's petition to bring Coldplay to Adelaide; if you're a South Aussie you might want to as well. So far they've collected over 1,000 signatures.

As a followup to this post, one sentence from the Adelaide Now article stood out:

A schedule clash with High School Musical Live, on at the Entertainment Centre from February 28 to March 8, means the band could only play in Adelaide after its final Australian concert in Sydney on March 12.

I've always thought the entire High School Musical franchise is extremely fake and downright creepy, but I never thought it could end up being partly responsible for messing up a Coldplay concert timetable. Darn you Disney!

On an unrelated note, any idea when they'll be in Singapore next?