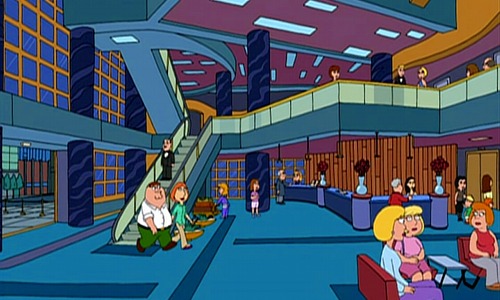 Yesderday I received a letter in the mail from my landlord's realty company letting me know that because I was one day late with the rent, I was required to pay four weeks rent in advance (My own current woes with realtors and rent). I was able to make the payment without problems, but it did anger me that I was being treated with such contempt. All this while financial lenders were receiving billions across the world to bail them out. I guess I shouldn't be surprised!

As you know though I can't stand dry posts with no graphics or photos so I uploaded a photo to Flickr of the terse breach of contract letter I was sent, along with the heading "Where's MY government bailout!". Well ladies and gentleman I've officially been called out by Department of Dadaist:

Clearly the fiscal policy of the current Ruben Schade has been found lacking.

His tactic of borrowing broken eggs from the future to make an omelette has caused a chicken and egg situation which has come home to roost.

For too long we have looked under the mattress to find that the cupboard was bare. This rent non-payment is the last fiscal straw that has broken the piggybank’s back.

We need to elect a new Ruben Schade so that all Australians, Singaporeans, Germans and Sims can hold hands and walk towards the sunset of a new economic dawn.

And the Ministry of Manny the Mailman (that's some good alliteration) also had this official diplomatic correspondence to pass on:

My administration has responded with the following press release.

Dear respondents, concerned citizens and other such peoples,

I would like to assure everyone who has voiced their concerns that my administration is doing everything it could be bothered doing to avoid a financial collapse, especially if said actions are easy to do and have the potential to be filmed for some great television publicity. Under no circumstances will I be bucking to the extreme demands of the reasonable citizen who would like to see adequate checks and balances introduced along with the financial assistance packages we will be receiving.

We believe the only way to successfully move forward after our financial system is exposed for the hot-air filled, bureaucratic and self fulfilling system that only benefits major shareholders, is to ask as few questions as possible and let everything return to how it was before. We also don’t expect to be taking any pay cuts. If pay cuts are forced, how are we supposed to continue to fly our private jets between our nine houses scattered across the world? At some point we just have to admit this is the best for everyone. Because if the ultra rich aren’t well enough, ask yourself: are any of us then?

And remember, we’re doing this all to save this economy, and you. Be thankful.

The Department of Redundant Language Department,
Ministry of Oversight