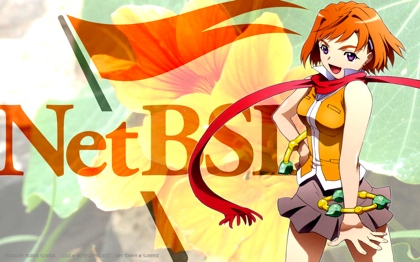 After the many troubles I encountered with running FreeBSD, Windows XP and Mac OS X Leopard in a triple boot configuration on my venerable Core Duo MacBook Pro (Brief flirtation with FreeBSD on my MacBook Pro is over) I thought while I had some time this afternoon I'd try using NetBSD instead.

The preliminary result? The experiment was a success! I have NetBSD 4.0.1 booting beautifully alongside Windows XP and Mac OS X Leopard without any of the problems FreeBSD 7.0 seemed to have, such as the persistent and downright bizarre several minute long stalling boot times for the system and for Xorg.

As I've said before, NetBSD was the first Unix-like system I really took seriously after only toying around with Red Hat Linux in the late 1990s. I moved all my non-Mac machines over to FreeBSD due to FreeBSD's better graphics support and its generally higher levels of use which translates into more online documentation and such, but I've always had a soft spot for NetBSD.

I feel as though I'm reacquainting myself with an old friend, plus all my experimenting with pkgsrc on Mac OS X (Notes on using NetBSD’s pkgsrc on Mac OS X) means I already know the ins and out of package management on it too. Stay tuned for further developments.